The Story of Jose Luis

Jose Luis comes to pick grapes every year. His friends live in cars and vans in a store parking lot, although he now rents a house during the season 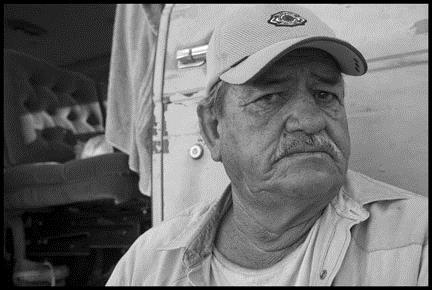 I would like everyone on the city council to see the real needs of this community and the workers who come here from elsewhere. They need to realize that all of these people come here to work and not steal. But when they’re working here, they have to live out of their cars and share one bathroom. That’s not enough. In the shacks the county set up for us to wash up there are only three or four showers, and that’s just not enough either.

Why can’t they build simple housing that would accommodate three people per room? This would be a more decent living situation for someone during the season. Once the season is over, the rooms could be cleaned and maintained. They could charge an affordable rent, and workers would return the following year.

Immigration officials keep doing sweeps here and in other states. The farmers then have to choice but to let the crops rot in the fields, because those who aren’t picked up by immigration flee out of fear. There’s nobody left to harvest the crops. 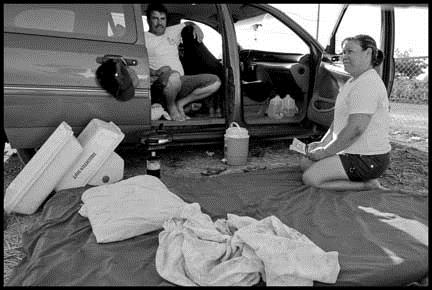 Two farmworkers from Arizona who have travelled to pick crops. They eat and sleep next to their car in a parking lot.

Farmers should provide housing for their workers, like they did many years ago, and hire staff to clean and maintain it. I remember 22 years ago, when those housing options were still around. I lived in a camp. The owner really looked out for his workers and didn’t charge them rent. He didn’t ask them a penny and always protected them. That was a union company.

That’s no longer the case. Now workers live here in this parking lot, when they come to pick grapes. It’s the same scene in other states as well. I lived here in my car for two years. I don’t anymore, thank God. I rent a small house now. 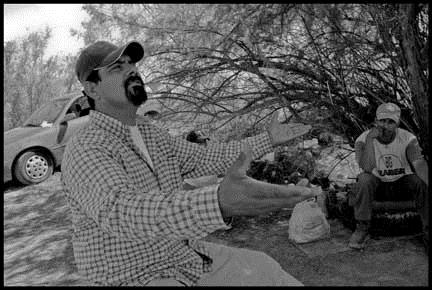 After work, two farmworkers look for shade under a tree to cool off, eat and talk. They talk about mistreatment at work, including low wages, lack of housing, difficulty cashing pay checks, weather so hot workers faint, and reprisals from the foremen and contractors for complaining.