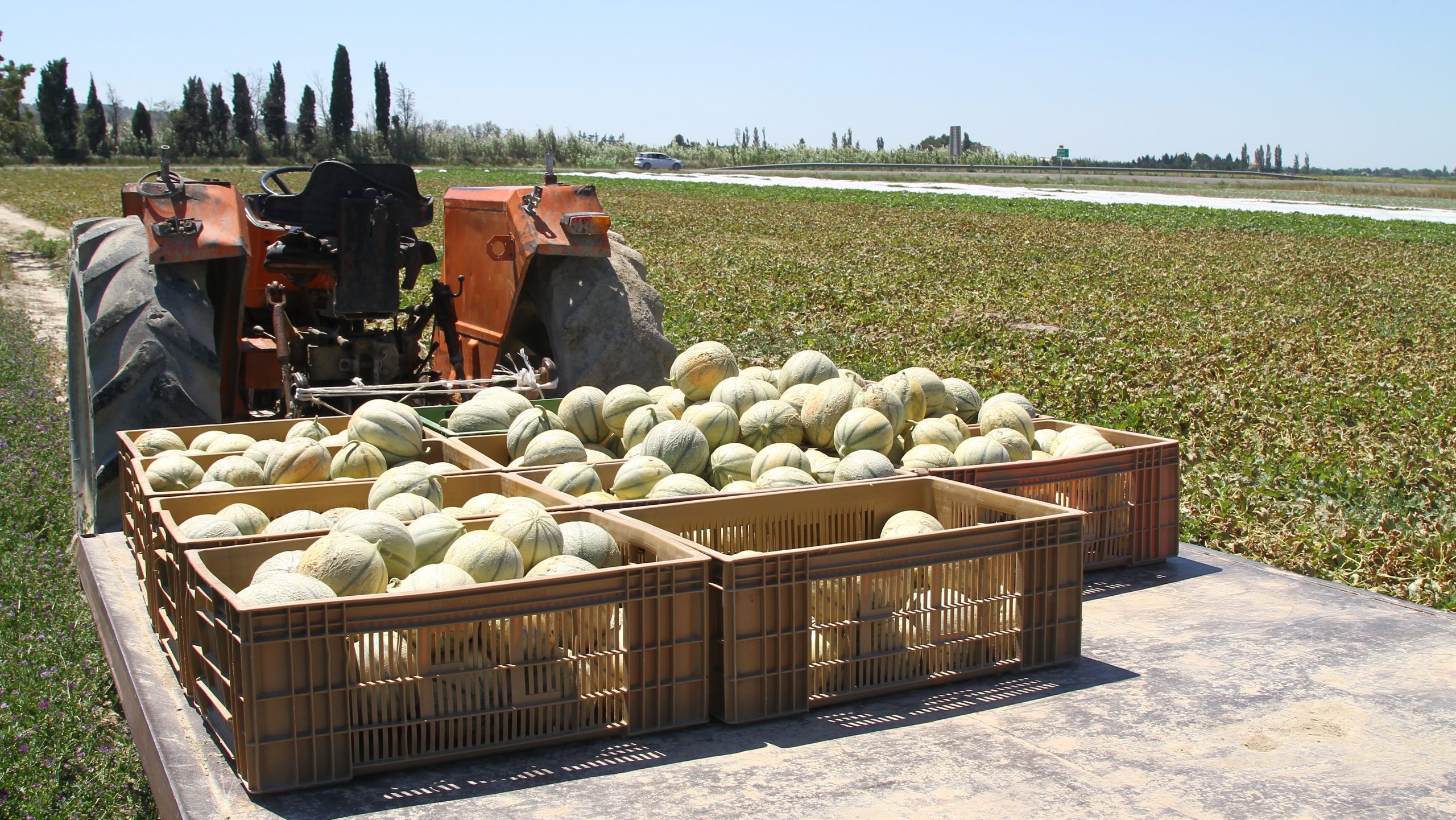 In a notice published in the Federal Register on September 30, the National Agricultural Statistics Service—an agency within the U.S. Department of Agriculture (USDA)—announced that it will cancel the Farm Labor Survey (FLS) of agricultural employers. This decision will have significant implications for farmworker wages. For years, the Department of Labor (DOL) has used FLS data to calculate the Adverse Effect Wage Rate (AEWR) under the H-2A agricultural guest worker program. By cancelling the FLS, the Trump administration has removed this floor, which will inevitably lead to lower wages for H-2A agricultural workers and their domestic worker counterparts. This is just one of many attempts by the administration to cut wages for farmworkers. As Bruce Goldstein stated in an FJ press release, “massive wage cuts for essential workers cultivating and harvesting our fruits and vegetables during this pandemic are unconscionable.” Farmworker Justice is representing the United Farm Workers and the UFW Foundation in a lawsuit challenging the Department’s decision and seeking an immediate court order requiring the government to move forward with the survey. We filed our complaint and motion for a temporary restraining order and preliminary injunction on October 13, 2020.

On September 25, the Wage and Hour Division of the Department of Labor issued a notice of proposed rulemaking that would set a five-factor test for distinguishing between employers and independent contractors under the Fair Labor Standards Act (FLSA). This is the first time the DOL has issued such a detailed proposal. If finalized, the rule will make it easier for corporations to classify workers as independent contractors and thereby avoid the wage and hour requirements imposed by the FLSA. Farmworker Justice is currently drafting comments to the proposal, which are due on October 26. 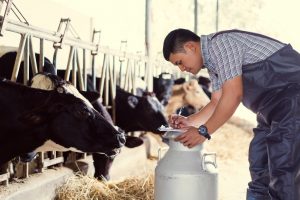 Three years ago, Migrant Justice and Ben & Jerry’s entered into an agreement for the “Milk with Dignity Program”—adopting a worker-driven social responsibility framework. By urging corporations to take responsibility for the conditions within their supply chains and offering worker-designed solutions, the Milk with Dignity Program creates concrete changes to transform the way our country’s dairy industry functions. A recently released report documents the start of the program and outlines future opportunities to continue improving worker conditions.

The National Hispanic Leadership Agenda (NHLA), a coalition of more than 40 national Latino advocacy organizations—including Farmworker Justice—released its 2020 Public Policy Agenda this month. The coalition publishes an agenda every four years to coincide with presidential elections. It makes recommendations on broad issues from education to government accountability to immigration. This year’s agenda includes multiple recommendations regarding farmworkers.

DOL Requests Public Comments on the Information Collection Requirements it has Imposed Under the Families First Coronavirus Response Act.

The Families First Coronavirus Response Act (FFCRA) mandates that employers with fewer than 500 employees provide paid sick leave and expanded family and medical leave to employees who are experiencing COVID-related needs. In April, DOL issued a temporary rule to carry out the purpose of the Act along with a notice requesting comments. As a comment drafted jointly by Equal Justice Center and Texas RioGrande Legal Aid observed, the “information collection procedures . . . hinder workers’ attempts to access that leave [and] undermine the goals of the FFCRA.” They require that employers collect relatively extensive information from employees, which may be challenging—especially where workers are sick, lack internet access, or do not speak and read in English or Spanish. On September 22, the Division again sought comment on its proposed information collection request. Comments are due by October 21, 2020.

Congress passed—and President Trump signed—a last-minute continuing resolution (CR) on October 1 to keep the government funded through December 11, 2020. The CR avoids a government shutdown by extending $1.4 trillion in funding for federal agencies. Meanwhile, elected officials have failed to reach an agreement on COVID relief, despite ongoing economic desperation felt across the country. Although Nancy Pelosi and Steven Mnuchin seemed as though they were approaching a deal, President Trump tweeted on October 6 that the talks would not move forward, only to then call for negotiations again. Recent reporting suggests that negotiations may be back on, but it is unclear whether a deal will be reached before the November election. While Republicans state that they will only agree to a “skinny package” including stimulus checks, an airline bailout, and small-business relief, Democrats are pushing for additional funding to help states and cities hit hard by the pandemic, supplemental unemployment insurance, funding for coronavirus testing and treatment, aid for the Postal Service, and additional election security measures.

Just eight days after Justice Ruth Bader Ginsburg passed away, President Trump nominated Judge Amy Coney Barrett to fill the newly opened seat on the Supreme Court. Judge Barrett’s nomination to the highest court in the country poses an existential threat to the wellbeing of workers and immigrants. Along with 49 other organizations, Farmworker Justice signed a letter urging the Senate Judiciary Committee to oppose her nomination. The letter warns that Judge Barrett’s record demonstrates that, were she to be named a justice, she would serve as a rubber stamp to the Trump administration’s hateful and cruel anti-immigrant policies. As a judge on the Seventh Circuit Court of Appeals, Barrett voted to uphold the Trump administration’s public charge rule, denied asylum to two Salvadorans seeking asylum under the Convention Against Torture, ordered the deportation of Mexican immigrants who had lawfully lived in the United States for thirty years, and rejected a U.S. citizen’s due process claims. Further, her past comments and writings indicate that she is hostile to the Affordable Care Act. She previously criticized Justice Roberts’ majority opinion in the 2012 case that first upheld the constitutionality of the ACA.  If placed on the Supreme Court, our country is likely to see decades of anti-immigrant rulings and policies, as well as the end of the ACA. The Senate Judiciary Committee will complete its hearings on her nomination this week and is expected to vote on October 22. Senator McConnell will likely schedule a Senate vote by October 29.

Bill Introduced in Senate to Protect Workers from Heat Stress

Final Report on Framework for Allocation of COVID Vaccine

The National Academies of Sciences, Engineering, and Medicine has issued a final report outlining a framework for the allocation of a COVID-19 vaccine. The report makes recommendations for how to ensure that the eventual vaccine is distributed and administered equitably, how to effectively engage communities and share information about safety measures, and how to promote vaccine acceptance. Farmworker Justice submitted oral and written comments on the draft framework in September.

For the past twenty years, researchers at U.C. Berkeley have been conducting the “Center for the Health Assessment of Mothers and Children of Salinas” (CHAMACOS) study, looking at the effects of pesticide exposure on farmworkers and their children. The results have shown that if a pregnant woman is exposed to high levels of pesticides, her child may be more likely to suffer from respiratory illness, developmental disorders, and attention problems. These findings have led to policy changes, like prohibiting particularly dangerous pesticides and restricting when and how chemicals may be sprayed. But the Trump administration’s EPA has tried to reduce funding for this work, leading researchers to worry about the future of the study.

The Supreme Court is scheduled to hear a case challenging the constitutionality of the Affordable Care Act on November 10, 2020. If the Court rules for the plaintiffs—a coalition of Republican state attorneys general—then the country’s entire health care system may be thrown into disarray. The millions of Americans who have health care coverage through the ACA marketplace or through the Medicaid expansion created by the Act could lose their insurance immediately. Such a ruling would also terminate protections for those with preexisting conditions, parental coverage for adult children under the age of 26, guaranteed birth control access, and enhanced prescription drug coverage for Medicare patients.

The National Center for Medical-Legal Partnership, with the help of Farmworker Justice and other health and legal service providers, published a toolkit providing resources and information to start, strengthen, and sustain medical-legal partnerships. The toolkit provides practical, effective, and detailed guidance on how the health center community can address the social determinants of health at a systemic level. You can also read our farmworker-specific guide here.

Iris Figueroa will be moderating a webinar with Lariza Garzon (executive director of the Episcopal Farmworker Ministry) and Herminia Ledesma (Program Manager at Vista Community Clinic) at 2pm on October 26, 2020. The webinar will help farmworkers and advocates prepare for and address natural disasters, specifically wildfires and hurricanes. To register for the webinar, follow this link.