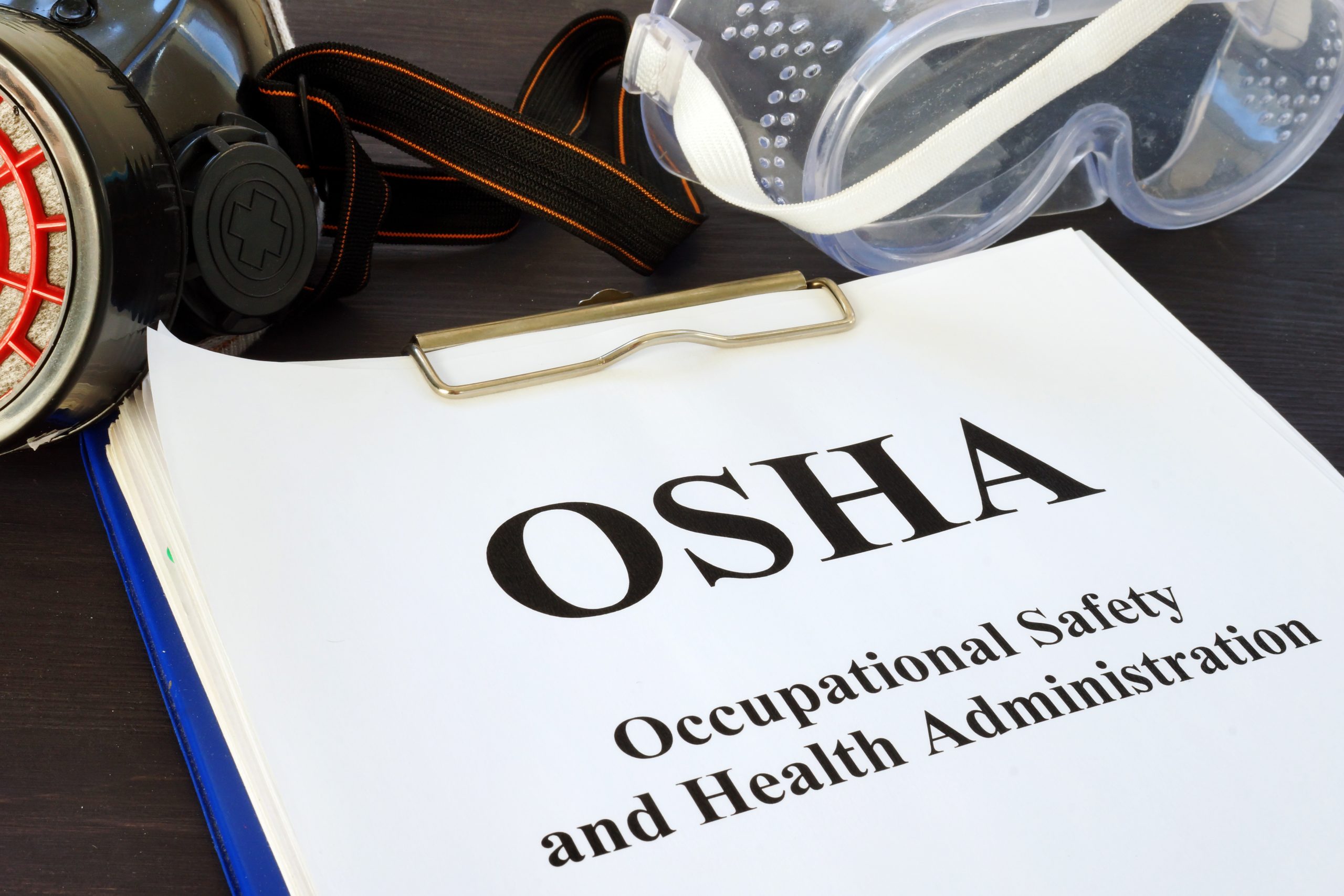 In UFW v. U.S. Dep’t. Of Labor, we are challenging the Department of Labor’s (DOL) November 5, 2020 rule changing its methodology for setting the Adverse Effect Wage Rate (AEWR), the most important wage floor for H-2A visa holders and the many domestic farmworkers at H-2A program employers. DOL acknowledged that the proposed change in methodology would cost farmworkers at least $1.6 billion in lower wages over the next ten years. On December 23, 2020, Judge Drozd (United States District Court for the Eastern District of California) granted our motion for a preliminary injunction and ordered DOL to calculate the 2021 AEWR under the previous rule.

Despite the ruling, AEWR calculations will be delayed because of the U.S. Department of Agriculture’s (USDA) decision a few weeks earlier to suspend the Farm Labor Survey (FLS), which is used to calculate the AEWR for each state. In a related case, UFW v. Perdue, Judge Drozd had already ordered the USDA to complete the FLS. Although USDA initially appealed this order, it has now acknowledged that the issue will become moot because the agency will be complying with the court’s ruling. The USDA anticipates that the FLS will be published by February 11, 2021, and DOL anticipates that it will be able to calculate the 2021 AEWR within two weeks of the report’s publication.

On January 12, 2021, the judge responded to our request for clarification of the remedy.  He ordered DOL to publish and begin implementing the 2021 wage rates by February 25.  In response to our request to ensure proper wage rates beginning in January, the judge ordered DOL to inform H-2A employers and state agencies that there may be a need to provide retroactive wage increases, but did not order retroactive pay in this order. 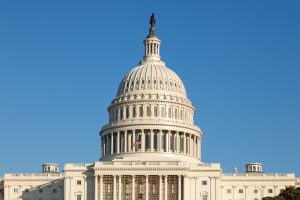 The December 2020 COVID package does not extend the paid sick and family leave mandate from the Families First Coronavirus Response Act (FFCRA) but does extend a payroll credit for employers who choose to provide paid leave through March 31, 2021. The bill also authorizes a second round of stimulus payments. Unlike the last round of stimulus in spring 2020, the new $600 stimulus checks will go to citizens within mixed status families. The bill also provides a retroactive fix so that mixed status families who were excluded from the previous round of stimulus payments can now receive them. The bill does not include a liability shield for employers, which had been sought by Republicans, nor an OSHA COVID standard, which had been sought by Democratic leadership.

President-elect Biden has indicated that he will push for more expansive COVID relief once in office.

Democrats Win in Georgia and Take Control of the Senate

Both Warnock and Ossoff ran on progressive platforms committed to fair wages, worker protections, and the right to organize. Their victories are largely attributed to the grassroots organizing led by Stacy Abrams, LaTasha Brown, and Nse Ufot to register and turn out Black Georgia voters. Once Warnock and Ossoff are sworn in, Democrats and Republicans will each have 50 seats in the Senate, and Democratic Vice President-elect Kamala Harris will provide the tie breaking vote. With Democrats in control of the agenda and a Democrat, Sen. Chuck Schumer of New York, replacing Mitch McConnell (R-Ky) as Majority Leader, there will be substantial ability to confirm Biden’s nominees and make progress on issues crucial to farmworker families. Confirmations to agency positions and legislation related to the budget and spending can be passed with a simple majority, which will depend on support from several conservative Democrats or moderate Republicans. However, other bills unrelated to spending will require at least 60 votes, and thus some Republican support, unless the Senate removes the filibuster.

On January 1, 2021, thousands of workers across the country saw a pay increase as 20 states and 32 cities raised their minimum wages. Five additional states and 18 more localities will raise their minimum wages in coming months. Over the course of the year, 24 states and 15 cities will increase their minimum wages to $15 or more per hour. This is a significant victory for the fight for $15 movement and for workers everywhere, but the work is not done yet. The federal minimum wage, which is the floor in 20 states, remains at $7.25/hour—well below a living wage. In addition, farmworkers in numerous states continue to be discriminated against in state minimum wage laws. For example, in New Jersey, in 2021, the minimum wage for most workers is set at $12.00 per hour but is only $10.44 per hour for farmworkers.

On December 11, 2020, DHS and DOL issued a final rule drastically restricting the country’s asylum system. Among other changes, the rule would have made it much easier to deny asylum to applicants, regardless of the merits of their claim. On January 8, 2021, just three days before the rule was set to go into effect, Judge James Donato (United States District Court for the Northern District of California) issued an order temporarily enjoining the rule.

In 2019, New York state passed the “Farm Laborers Fair Labor Practices Act,” which, in part, provides farmworkers with unemployment insurance, paid family leave, and the right to organize. It also establishes overtime pay for farmworkers, but only after 60 hours in a week. The legislation directs a state wage board to consider lowering the overtime threshold from 60 hours per week to 40 hours per week.

After conducting a series of virtual meetings in December, the wage board decided against lowering the overtime threshold, citing a concern for “unintended consequences.” The board plans to reconsider the threshold later in 2021. Until then, employers will only be required to pay farmworkers overtime after they have worked 60 hours per week. 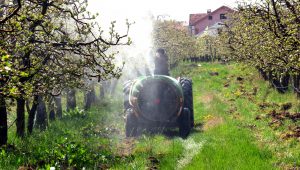 In December 2020, Farmworker Justice and Earthjustice brought suit on behalf of nine farmworker organizations to challenge the Environmental Protection Agency’s (EPA) October 2020 rule rolling back the Application Exclusion Zone (AEZ) provision of the Worker Protection Standard (WPS). The AEZ provides key protections from pesticide drift for farmworkers and rural communities. The EPA’s new rule reverses course from the agency’s decision in 2015 to strengthen protections, which had been based on findings that earlier regulations failed to sufficiently protect workers. The final rule was originally scheduled to go into effect on December 29, 2020. However, on December 28, Judge Liman (United States District Court for the Southern District of New York) issued a Temporary Restraining Order (TRO) against the rule, which he then extended to January 22, 2021. A hearing on our request for a preliminary injunction is currently scheduled for January 21, 2021.

President-Elect Biden Releases Statement on His Plans for OSHA

In a recent statement commemorating the 50th anniversary of the Occupational Safety and Health  Act, President-elect Biden announced his commitment to “protect[ing] the safety and well-being of American workers.” Specifically, he stated that once in office, he will ask the Occupational Safety and Health Administration (OSHA) to consider establishing an emergency temporary standard to protect workers from COVID-19. Although emergency temporary standards were included in the House’s HEROES Act, which passed the House in May 2020, the bill did not pass in the Senate. With thousands of people dying from COVID-19 in the United States every day, and with front line workers facing a particularly high risk of infection, worker safety protections are urgently needed.

OSHA’s safety standards continue to deny protections to agricultural workers that apply to other occupations. Farmworker Justice will continue to advocate for new, stronger safety rules and more effective enforcement.

The initial doses of COVID-19 vaccines have been distributed over the last several weeks. However, the rollout has been slower than anticipated due to limited funding, a lack of direction from the federal government, and an insufficient public education campaign.

The Centers for Disease Control and Prevention (CDC) released recommendations for the next phases of vaccine distribution. Food and agricultural workers are included in phase 1b. But because these recommendations are not mandatory, each state is adopting its own approach. Links to state vaccine plans for the top ten agricultural states can be found here:

Farmworker Justice will continue to monitor COVID vaccine distribution plans and support the prioritization of farmworkers in those plans.