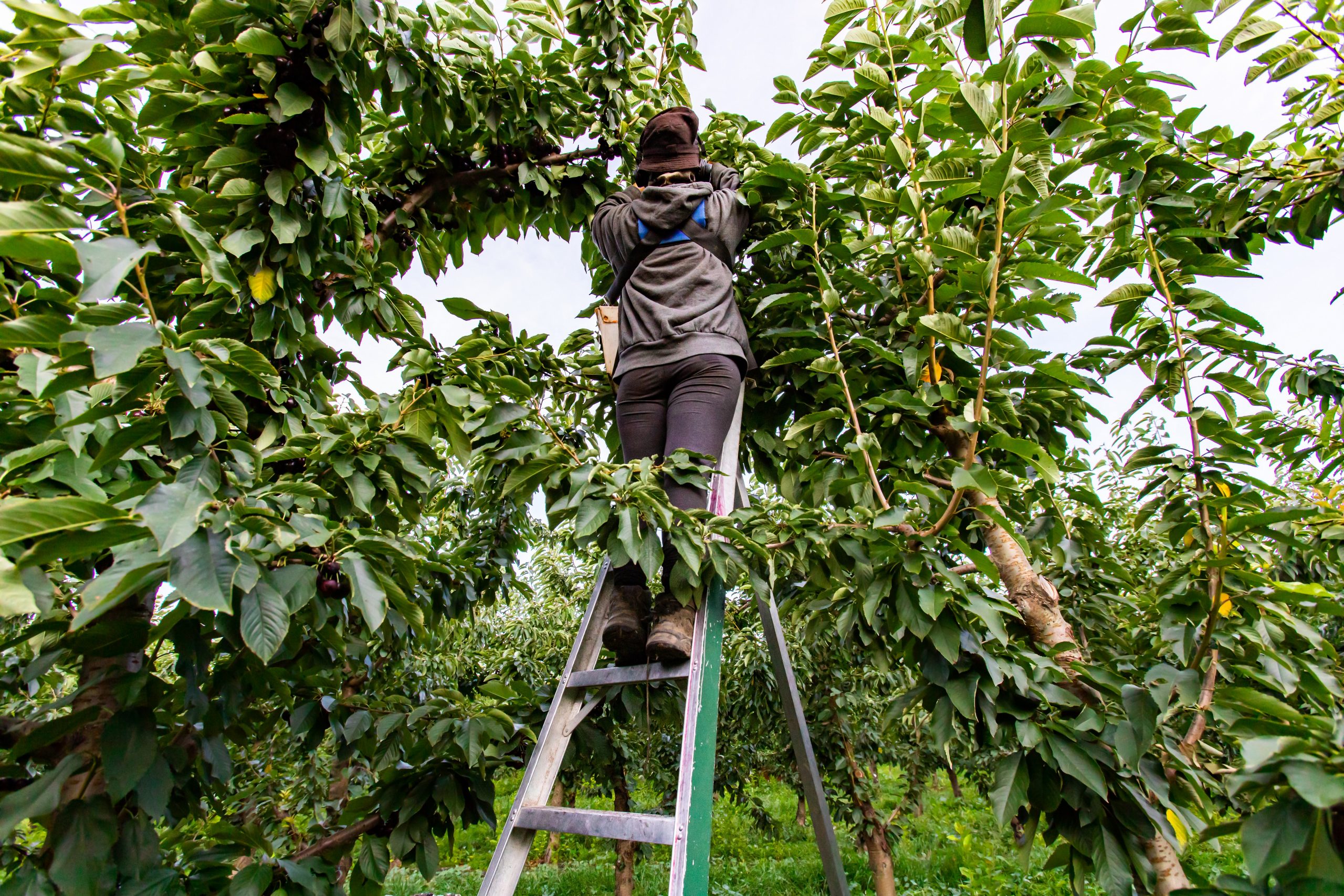 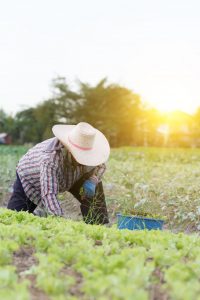 Farm Labor Organizing Committee. v. Stein, Case No. 1:17cv1037, (M.D. North Carolina 2021): On September 15, 2021, a federal judge determined that North Carolina’s Farm Act, which was passed in 2017, unconstitutionally prohibited farmworker unions from seeking voluntary recognition from agricultural employers as part of a legal settlement. The Court, however, declined to strike down the Act’s prohibition on the use of “dues checkoff” provisions in the agricultural industry.  The law’s prohibition prevents agricultural employers and farmworker unions from agreeing that unions could collect membership dues through a simple employee-authorized payroll deduction.  District Judge Loretta C. Biggs affirmed the magistrate judge’s decision prohibiting state officials from enforcing the law’s provision that prevents unions which represent agricultural workers from seeking voluntary recognition in class-wide settlements of lawsuits.  Based on the recommendations of a federal magistrate judge, Judge Biggs determined that the Farm Act violates the First Amendment and the first-amendment dimensions of the Fourteenth Amendment’s equal protection clause.

North Carolina passed the Farm Act in 2017 to make a variety of changes to agricultural law and policy in the state.  The primary sponsor of the legislation was a state senator who owns a farming company and was previously sued by Latinx farmworkers for wage theft. The Farm Labor Organizing Committee, AFL-CIO (FLOC), North Carolina’s only farmworker union, challenged the Farm Act as discriminatory because it hinders farmworkers’ First Amendment right to join and participate in unions.  FLOC also argued that the law is discriminatory since over ninety percent of agricultural workers in North Carolina are Latino. FLOC has petitioned the U.S. Court of Appeals for the Fourth Circuit to strike the dues collection dimension of the law.

California Rural Legal Assistance Foundation et al. v. United States Environmental Protection Agency, Case No. 21-71287, (9th Cir. 2021).  On September 24, 2021, FJ joined Earthjustice, the California Rural Legal Assistance Foundation, the Farmworker Association of Florida, Pesticide Action Network, and other organizations in a lawsuit against the EPA for its recent approval of the continued use of paraquat.  In July, the EPA reapproved Paraquat’s registration for an additional 15 years. Paraquat is currently banned in 32 countries because of its health impacts, particularly on the respiratory system, kidneys, and eyes. It has also been linked to Parkinson’s Disease.  Paraquat is one of the most frequently used herbicides in the United States and can be toxic, and even fatal, when ingested.

Undocumented immigrant farmworkers were dealt a setback on September 19th. The Senate parliamentarian issued an opinion stating that immigration reforms proposed by Senate Democrats should not be included in the Build Back Better budget reconciliation bill, citing Senate rules governing the budget reconciliation process.

According to Senator Dick Durbin, Chair of the Senate Judiciary Committee, Senate leadership presented a new draft of immigration provisions to the parliamentarian this week, taking into account the concerns expressed in her opinion. The new proposal would change the eligibility date for applying for green cards under the Registry Act of 1929. Currently, the registry law allows undocumented immigrants who have been in the U.S. since 1972 to apply for immigration status, subject to certain restrictions; a more recent date could benefit millions of people, including hundreds of thousands of farmworkers and their family members. You can read more about the Registry Act here.

Senate Democrats are pushing to include immigration reform in the budget reconciliation process because it allows them to pass legislation with a simple majority vote. Otherwise, any immigration proposal would need the support of 60 Senators – including at least 10 Republicans – to overcome a filibuster. The parliamentarian’s opinion rejected a proposal to establish a program that would have benefited millions of undocumented immigrants. The program would have allowed undocumented workers in occupations designated as essential during the pandemic, including hundreds of thousands of farmworkers, to apply for green cards. The proposal would have also created a program for Dreamers and those with temporary protected status (TPS) or deferred enforced departure (DED).

On Tuesday, September 28, the Department of Homeland Security issued a notice of proposed rulemaking on the Deferred Action for Childhood Arrivals (DACA) program.  The proposed rule would codify the DACA program, previously set forth in policy guidance, into agency regulations.  Earlier this year, a federal judge in the Southern District of Texas vacated the existing DACA policy guidance and enjoined the government from accepting new DACA applications.  The court in that case concluded that the DACA program (1) should have been implemented through notice-and-comment rulemaking rather than a guidance memo and (2) exceeded agency authority delegated by Congress.  The government has appealed the Texas decision to the Fifth Circuit, but the proposed rule announced this week would address the court’s first concern.

The proposed rule mostly preserves the DACA program that had been in place under DHS policy prior to the Texas ruling.  DACA recipients would be eligible for work authorization and protected under deferred action, which the rule defines — for the first time — as “a temporary forbearance from removal that does not confer any right or entitlement to remain in or re-enter the United States.”  To qualify for DACA protection, the rule requires that applicants meet the following requirements: (1) arrived prior to the age of 16; (2) resided in the U.S. since June 2007; (3) physically present in the U.S. since June 2012; (4) undocumented in June 2012 and at time of application; (5) graduated high school or currently enrolled or U.S. military veteran; (6) do not have any disqualifying offenses; and (7) born after June 1981.

On September 9, the Biden Administration announced plans to create a COVID-19 vaccine mandate for workers. OSHA will be drafting an Emergency Temporary Standard (ETS) that will require that workers at employers with more than 100 employees either are vaccinated or tested weekly for COVID-19. The ETS is currently being drafted and is expected to be issued shortly. FJ will share more information about the ETS once it is published.

On September 20, the Biden Administration announced a new, multi-pronged effort to protect farmworkers from heat exposure.  The Departments of Labor, Health and Human Services, Agriculture; the National Oceanic and Atmospheric Administration, and the Environmental Protection Agency will work on interconnected initiatives to address heat stress. The Department of Labor’s effort will include the initiation of a rulemaking process to create a federal heat standard. FJ has petitioned the Occupational Safety and Health Administration (OSHA) for many years to issue a national heat stress standard.  In August 2021, several civil society organizations including Farmworker Justice, Public Citizen, UFW Foundation, and the Union of Concerned Scientists petitioned OSHA to issue an Emergency Federal Heat Standard, arguing that, “the grave danger that occupational heat poses for U.S. workers has intensified and recent state developments, as well as new research, provide further compelling evidence that a standard is necessary to protect workers from such danger.”

In addition to the federal heat standard, OSHA will prioritize workplace inspections and heat-related interventions on days when the heat index exceeds 80 degrees through a new enforcement initiative. Further, OSHA will develop a National Emphasis Program on heat inspections and form a Heat Illness Prevention Work Group to better understand best practices for protecting workers from heat stress.  FJ will share more information about OSHA’s rulemaking on a federal heat stress standard once it is published. You can read more about the announcement here. 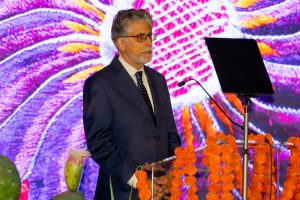 On Tuesday, September 14, Farmworker Justice held its annual awards event in Los Angeles.  As it was the first day of Hispanic Heritage Month, the event was enlivened by a Day of the Dead/Día de los Muertos theme.  Jordi Vilasuso, a star of “The Young and the Restless” was the volunteer emcee.  Awardees including Eva Longoria (actor, director and producer of two documentary films on farmworkers); Tom Saenz, President and General  Counsel of the Mexican American Legal Defense and Educational Fund; Bel Hernandez, CEO of Latin Heat Media and Chair of the Farmworker Justice Advisory Council; Richard Montañez, former farmworker who became a marketing executive and the subject of the upcoming film by Eva Longoria, “Flamin’ Hot”; and John Echeveste, the CEO of LA Plaza de Cultura y Artes, the wonderful cultural center and museum, where the outdoor event (which required proof of vaccination) was held. 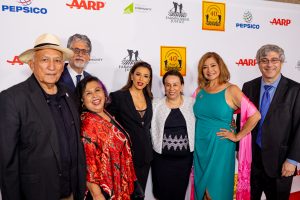 Presenters included Farmworker Justice Board Chair Natalie Camacho Mendoza; Dolores Huerta of the Dolores Huerta Foundation; Antonia Hernandez, CEO of the California Community Foundation; and David Damian Figueroa, FJ’s Development Director.  Charo – the singer, actress and classical guitarist — helped lead the auction of donated art.   Farmworker Justice thanks the sponsors, donors who purchased tables, and individual ticket purchasers, as well as all who attended, for the support of our mission.