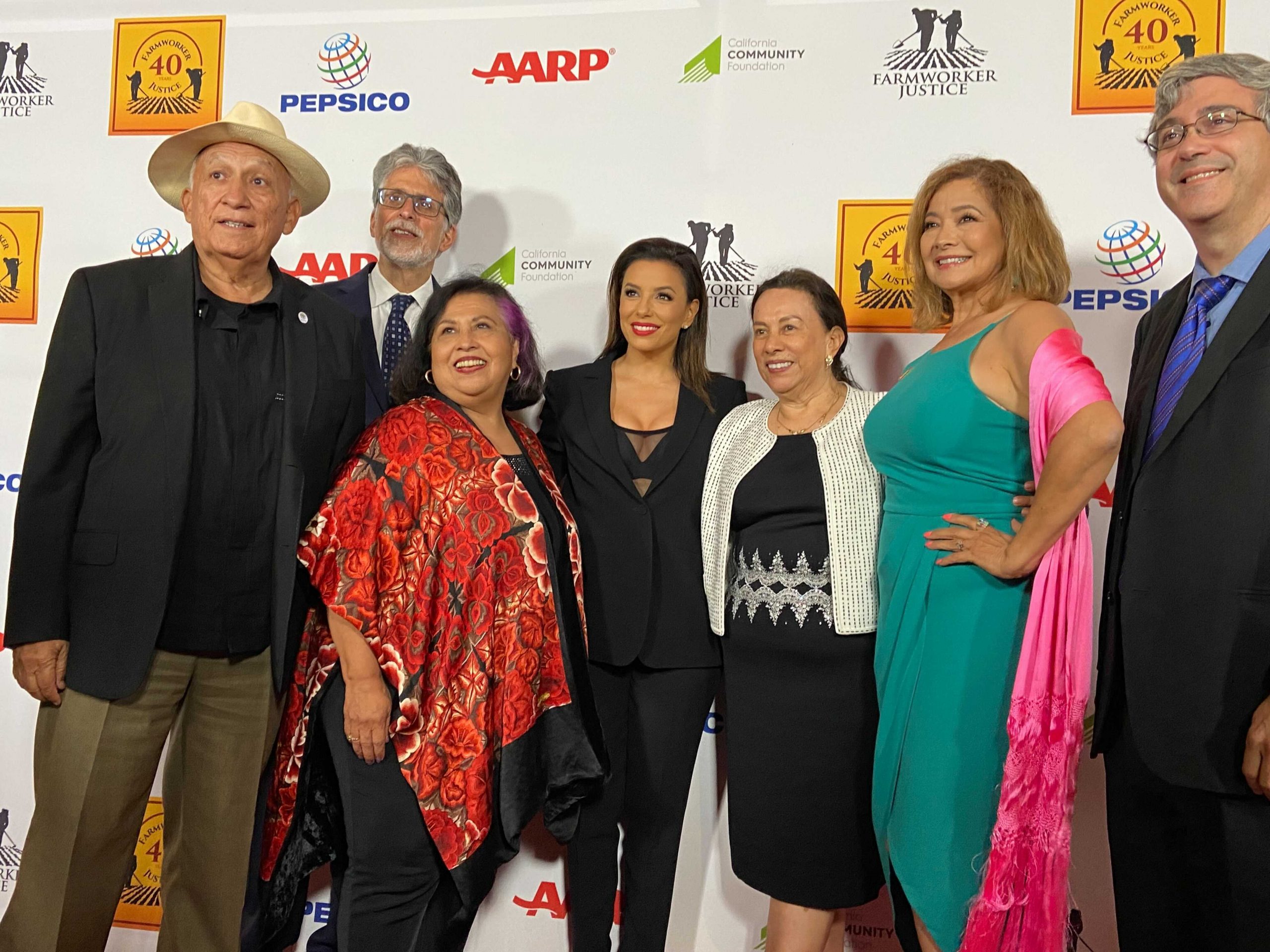 Los Angeles – SEPTEMBER 14, 2021 – Farmworker Justice celebrated 40 years of farmworker advocacy this evening with a red carpet awards event featuring such icons and celebrities as Dolores Huerta, Eva Longoria Baston, Bel Hernandez Castillo, Charo, and many more. The ceremony – presented by PepsiCo – consisted of a reception, various speaker remarks, five award presentations, a poem reading by Pepe Serna, and a live auction of several rare photographs and paintings. It was emceed by Jordi Vilasuso of “The Young and the Restless,” with remarks from Farmworker Justice President Bruce Goldstein regarding the current state of farmworkers.

Eva Longoria Baston, longtime ally of Farmworker Justice and Farmworker Justice Award recipient, says, “We didn’t need a pandemic to tell us that farmworkers are essential. These supply chains leave these farmworkers in poverty – we need to ensure a more humane food chain. America’s food system will never be sustainable if it’s based on the abuse of farm workers.”

“It is our duty to fix the maltreatment of farmworkers in this country. The exceptions in protections for farmworkers have existed for far too long. We will fail in creating civil rights 2.0 if we don’t recognize farmworkers as the essential workers they’ve been throughout history – not just during the pandemic,” says Thomas A. Saenz, President & General Counsel of Mexican American Legal Defense and Educational Fund (MALDEF) and Shelley Davis Memorial Award recipient.

In addition to its esteemed guest list, this celebration also boasted numerous generous sponsors including PepsiCo, AARP, TELACU, The California Community Foundation, L.A. Care, PCUN, and Santa Paula Latino Town Hall, among others. The event was held at LA Plaza De Cultura Y Artes from 6:00 p.m. PT to 9:30 p.m. PT. Artwork for the auction was provided by David Damian Figueroa and Yolanda Gonzalez. Attire for the event was “California Cocktail – Diego Rivera and Frida Kahlo”.