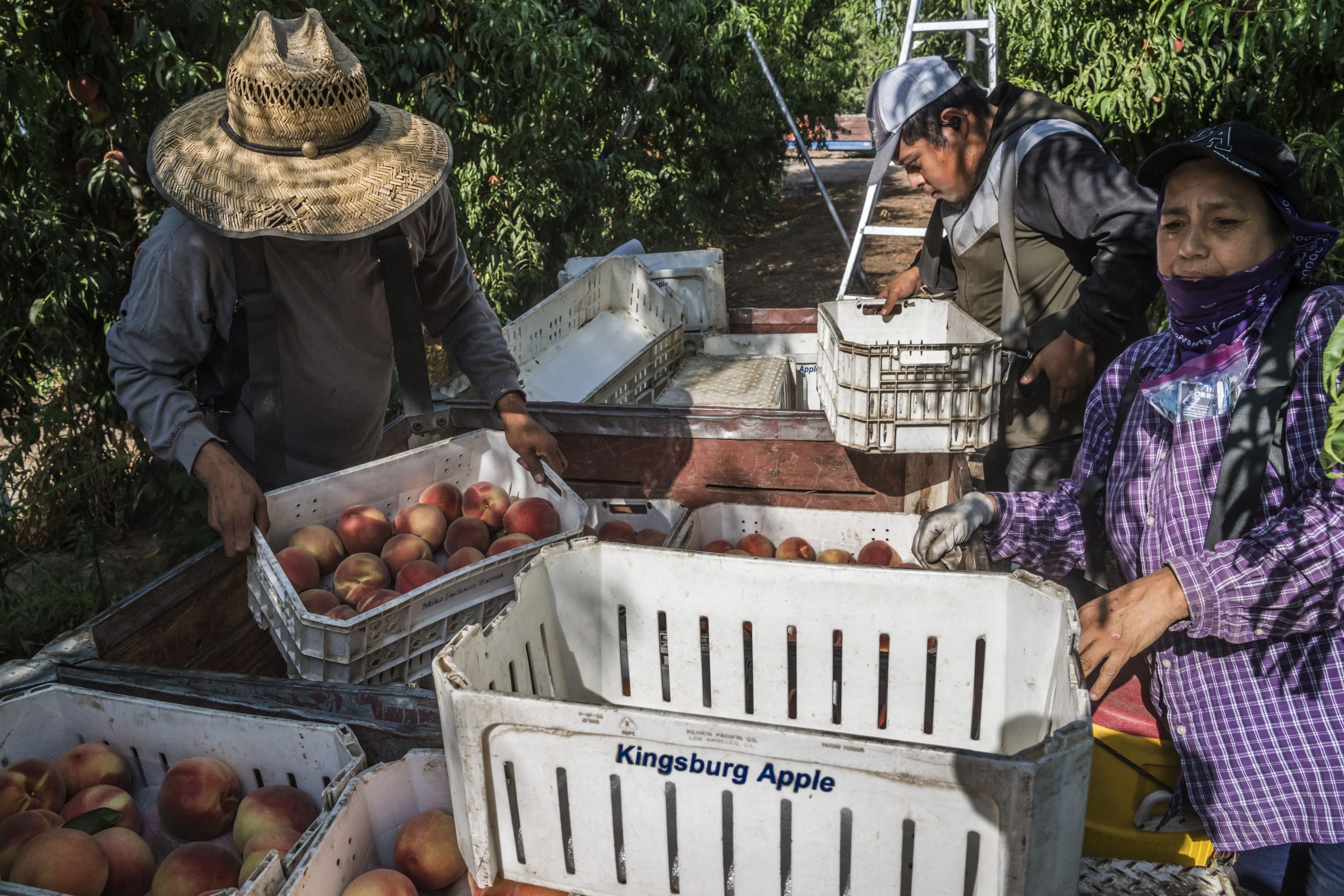 On August 16th, President Biden signed the Inflation Reduction Act into law. The bill includes many key provisions of President Biden’s agenda related to climate change and healthcare, including $40 billion in investments related to agriculture. The IRA’s investments in health insurance and energy are particularly significant for the farmworker community. Among other changes, the IRA extends subsidies for health insurance purchased through Affordable Care Act (ACA) marketplaces and makes improvements to Medicare benefits. The IRA also invests millions of dollars in green energy incentives that are anticipated to cut greenhouse gas emissions by more than 40% by 2030.

During the Senate deliberations (the “vote-a-rama”), Senate Republicans offered several anti-immigrant amendments, including provisions that sought to restrict access to asylum and limit access to benefits for immigrants. However, thanks to the hard work of advocates and Senate leadership, none of the anti-immigrant amendments were adopted in the final bill. Farmworker Justice’s statement on the bill’s passage is here.

On August 8, 2022, the Department of Homeland Security (DHS) announced that it would no longer enroll individuals arriving at the border in the Migrant Protection Protocols (MPP) program. Asylum seekers may now be permitted to enter the United States without having to wait for their asylum hearings in Mexico. In 2019, the Trump Administration implemented the Remain in Mexico program, known formally as the Migrant Protection Protocols (MPP), which forced non-Mexican nationals arriving through Mexico to return to Mexico while awaiting adjudication of their asylum claims.

The announcement follows a protracted battle in the courts. In a pair of 2021 memos, DHS Secretary Mayorkas terminated MPP in light of its harmful human rights and foreign policy implications. Texas and Missouri brought suit in response, alleging that the Mayorkas memos ending MPP violated the federal immigration statute as well as procedural requirements of federal administrative law. A Texas district court vacated the memo ending MPP and issued an injunction forcing the administration to re-implement the program, an injunction which was upheld by the Fifth Circuit. In a 5-4 decision published on June 30, 2022, the U.S. Supreme Court ruled that the Biden Administration’s decision to terminate the Remain in Mexico program was not a violation of immigration law.

On July 27, 2022, the House Education and Labor Committee amended and passed the “Asuncion Valdivia Heat Illness and Fatality Prevention Act of 2022,” (H.R. 2193), teeing the bill up for a vote on the House Floor. The bill, sponsored by Rep. Judy Chu (D-CA), seeks to address safety and health concerns in relation to excessive heat exposure. The bill would require the Occupational Safety and Health Administration (OSHA) to issue a federal standard for heat stress protections, with meaningful participation of covered employees (and their representatives when applicable) and tailored to the specific hazards of the workplace. In the House and Education and Labor Committee, the Asuncion Valdivia bill was amended to require OSHA to issue an interim final rule within one year. The interim final rule would be legally enforceable until the permanent rule is issued.

The standard would require that workers who are exposed to high heat have paid breaks in cool or shaded environments and access to water for hydration. Additionally, employers would be required to create emergency response procedures for employees suffering from heat illness, provide training on heat stress in a language that workers can understand and in a format appropriate for workers’ education and literacy levels, and put into place acclimatization plans to ensure workers can adjust to their working conditions. The bill also requires training for employers and employees on heat stress illness and prevention, as well as the utilization of engineering and administrative controls to limit heat exposure (i.e. ventilation and/or protective clothing, where applicable). In addition, it requires OSHA to revise its standard for temporary labor camps to address heat hazards. The bill includes protections for workers against retaliation or discrimination for reporting violations of this standard or exercising any other rights under the bill.

FJ is currently circulating a sign-on letter asking Speaker Pelosi to schedule a vote on the bill. If your organization would like to join the letter, you can do so here.

The U.S. Environmental Protection Agency (EPA) has extended to September 25th the period for public comments on a petition submitted last year by a coalition of nonprofit organizations–including Farmworker Justice–asking for a ban on harmful uses of organophosphate pesticides (OPs). The EPA published a Notice of Filing on July 12 seeking public comments on the petition.  These neurotoxic insecticides are widely used in agriculture even though exposure to these compounds is associated with neurological damage and increased risk of developmental disabilities. The Petition to Revoke Food Tolerances and Cancel Registrations for Harmful Organophosphate Uses, submitted by Earthjustice on behalf of a group of farmworker, environmental, labor and civil rights groups and advocates for people with disabilities, asks EPA to revoke food tolerances (allowable levels of pesticide residues in food) and cancel registrations for OP uses that Agency risk assessments have found to be unsafe. It also requests that EPA update its human health risk assessments to use a regulatory endpoint that protects children from the neurodevelopmental effects of OPs.  The Agency faces a statutory deadline of October 1, 2022 to complete the registration review of  the OPs, but it has previously indicated that it is likely to miss the deadline for most of these pesticides. The projected delay has also provoked objections from the petitioners. Interested parties may submit comments to the EPA docket.

EPA is partnering with the U.S. Department of Energy (DOE) to make up to $50 million in grant funding available to establish the Environmental Justice Thriving Communities Technical Assistance Centers (EJ TCTAC) program. Grantees will be funded to develop Technical Assistance Centers to provide technical assistance, training, and capacity-building support to communities with environmental justice and energy concerns, as well as provide assistance in finding, applying for and managing grants; and provide translation and interpretation services. Public and private nonprofit institutions and organizations; public and private universities and colleges; and intertribal consortia may apply. EPA will host pre-application assistance webinars on August 16 and 25. The application deadline is October 4, 2022. More information can be found on EPA’s EJ TCTAC webpage.