Named after our former deputy director who was a dedicated advocate for farmworkers. Help us carry on Shelley’s work. 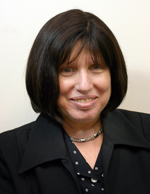 “We owe it to farmworkers and their families today, and the memory of Cesar Chavez, to change the law and change the reality on the ground…. As activists, we can make a difference!”
─ Shelley Davis, 1952-2008

When attorney Shelley Davis died on December 12, 2008, 2.5 million migrant and seasonal farmworkers lost one of the smartest, toughest and most effective advocates they have ever had. Shelley devoted over 30 years, most of them at Farmworker Justice, in helping improve the health and lives of farmworkers by:

Shelley’s successes were honored over the years, with a lifetime achievement awards from Beyond Pesticides (2008), the National Legal Aid and Defender Association (2006), and EPA’s award for dedicated service on its Children’s Health Protection Advisory Committee (2007).

Shelley’s family and colleagues believe that the best way to honor her memory is to carry on her work. Please consider making a tax-deductible donation to the Shelley Davis Memorial Fund to carry on Shelley’s work on behalf of the nation’s farmworkers.