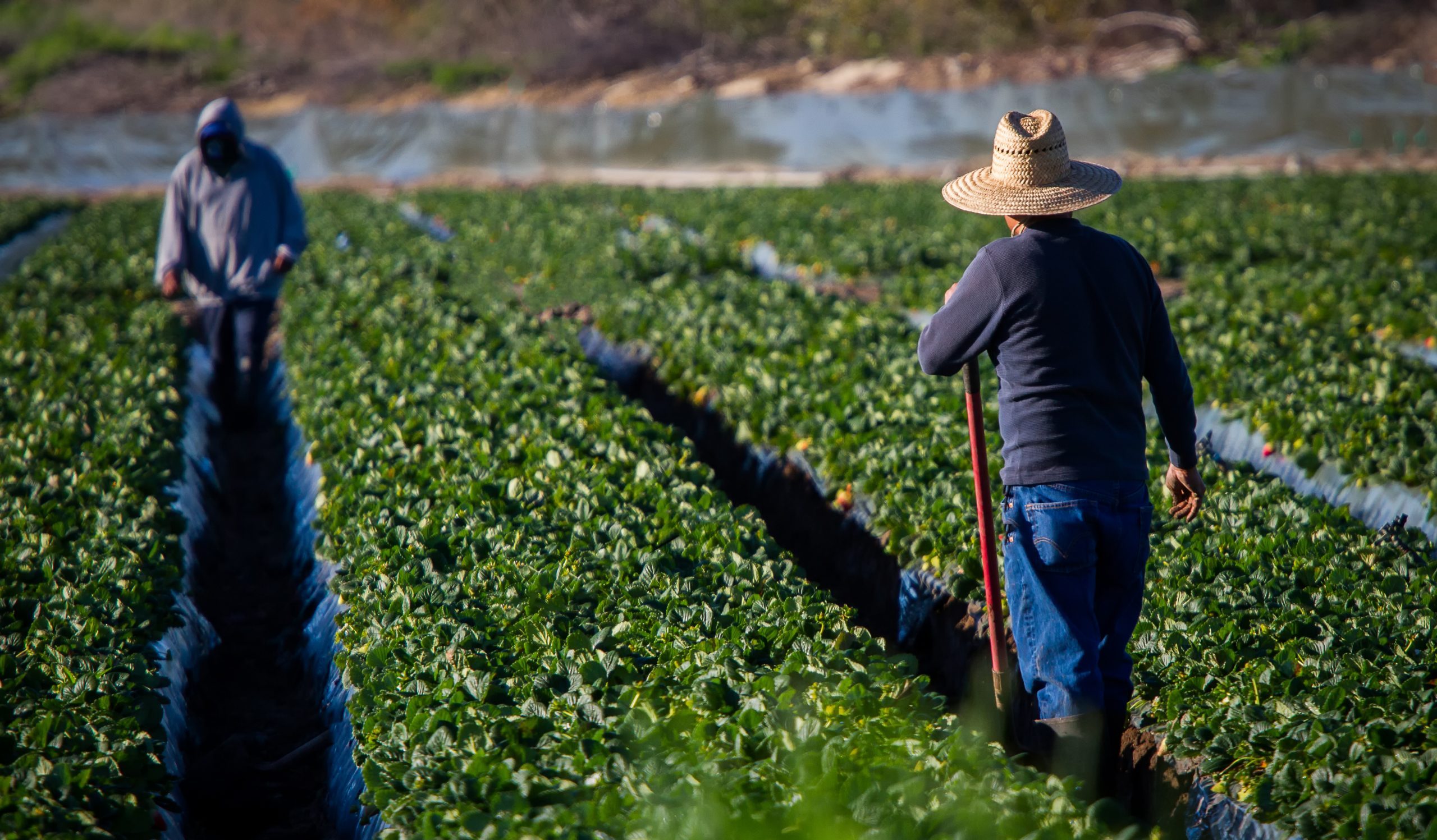 The United Farm Workers and the UFW Foundation on Tuesday evening filed a federal lawsuit requesting a temporary restraining order to stop the Trump Administration from cancelling a wage survey that provides crucial information used by the Department of Labor to protect the wage rates of tens of thousands of farmworkers.  Farmworker Justice is co-counsel for the plaintiffs.  The case is filed in the U.S. District Court for the Eastern District of California.  The defendants include the U.S. Department of Agriculture (USDA) and Secretary of Agriculture Sonny Perdue.

On September 30, 2020 the USDA cancelled the Farm Labor Survey of agricultural employers. It is used by the Department of Labor (DOL) to set the main minimum wage under the H-2A agricultural guestworker program.  USDA said it will not collect data in October for the past two quarters of the 2020 fiscal year.  Nor will it issue the annual Farm Labor Report ordinarily published in November.

In the absence of the USDA wage survey, DOL will not have the survey results that, under the H-2A program regulations, it uses to set the “adverse effect wage rates” for each state in 2021.  The result will be massive wage cuts to both U.S. farmworkers and foreign guestworkers at H-2A program employers in 2021.  The H-2A program, which has been expanding rapidly, approved over 250,000 jobs in fiscal year 2019 and will likely approve more in 2020.

The immediate suspension of the USDA Farm Labor Survey will likely mean that the applicable H-2A wage rates for most workers will not be a measure of market-rate wages.  Instead, most farmworkers will be offered the state or federal minimum wage, which is substantially lower in all states.

The lawsuit asks the Court to hold that the defendants violated the Administrative Procedure Act (APA) by cancelling the Farm Labor Survey and refusing to publish the annual Farm Labor Report.  The lawsuit claims that the defendants violated the APA’s requirement of public rulemaking procedures before making substantive changes in agency policies and programs and the law’s prohibition against arbitrary and capricious conduct.  The Farm Labor Survey has been conducted for over 100 years.  The USDA suddenly announced its cancellation without the opportunity for the public to comment, without a meaningful explanation, and without a reasoned decisionmaking process.

The USDA announced its decision in the Federal Register:  “Notice of Revision to the Agricultural Labor Survey and Farm Labor Reports by Suspending Data Collection for October 2020.”

Employers obtaining approval to hire guestworkers on H-2A visas must offer certain minimum wages to both the foreign citizens and the U.S.-based farmworkers.  The Immigration and Nationality Act for decades has prohibited employers from hiring guestworkers at wage rates that would “adversely affect” the wages of U.S. farmworkers.  The availability of an unlimited number of people from poor foreign countries willing to work for wage rates below the U.S. market rates can result in displacement of U.S. workers and lowering of labor standards.

The Farm Labor Survey’s results for the annual regional average hourly wage rates for field and livestock workers combined are used by the Department as the Adverse Effect Wage Rates for each state.  By DOL regulation, H-2A employers must offer and pay to US and foreign workers the highest of the AEWR, the local prevailing wage for a particular job, a collective bargaining wage or the state or federal minimum wage.  In the large majority of situations, the AEWR is the highest.  And in most places there is no survey of local prevailing wages for particular jobs; nor a collective bargaining wage.  Consequently the state minimum wage or federal minimum wage (of $7.25 per hour) will be the rate.

“Massive wage cuts for essential workers cultivating and harvesting our fruits and vegetables during this pandemic are unconscionable,” said Bruce Goldstein, President of Farmworker Justice.  “The H-2A agricultural guestworker program has modest protections against depressing wage rates of U.S. farmworkers and against exploitation of foreign citizens hired as agricultural guestworkers.  The USDA’s sudden cancellation of the Farm Labor Survey of employers that sets the principal H-2A wage protection is an end-run around changing the H-2A regulations in a cruel effort to slash farmworkers’ wages,” he added.  Farmworkers are among the lowest-paid workers in the US and rarely receive fringe benefits.

The plaintiffs ask that harm to tens of thousands of farmworkers be averted by requiring the USDA to carry out the Farm Labor Survey this month and, as usual, issue the results in the annual Farm Labor Survey in November.  With that information, DOL can set the AEWRs under the H-2A program in December for 2021.

Attorneys at Farmworker Justice, including Bruce Goldstein, President, and Iris Figueroa, Senior Staff Attorney, who are licensed in Washington, D.C., are representing the plaintiffs and have sought permission from the local federal court to be admitted to practice in this case, along with cocounsel.  The case is United Farm Workers v. Perdue, 20-at-00795 (E.D. Cal.).

For additional information about the lawsuit and the plaintiffs contact Leydy Rangel, 760-899-4604, media@ufwfoundation.org