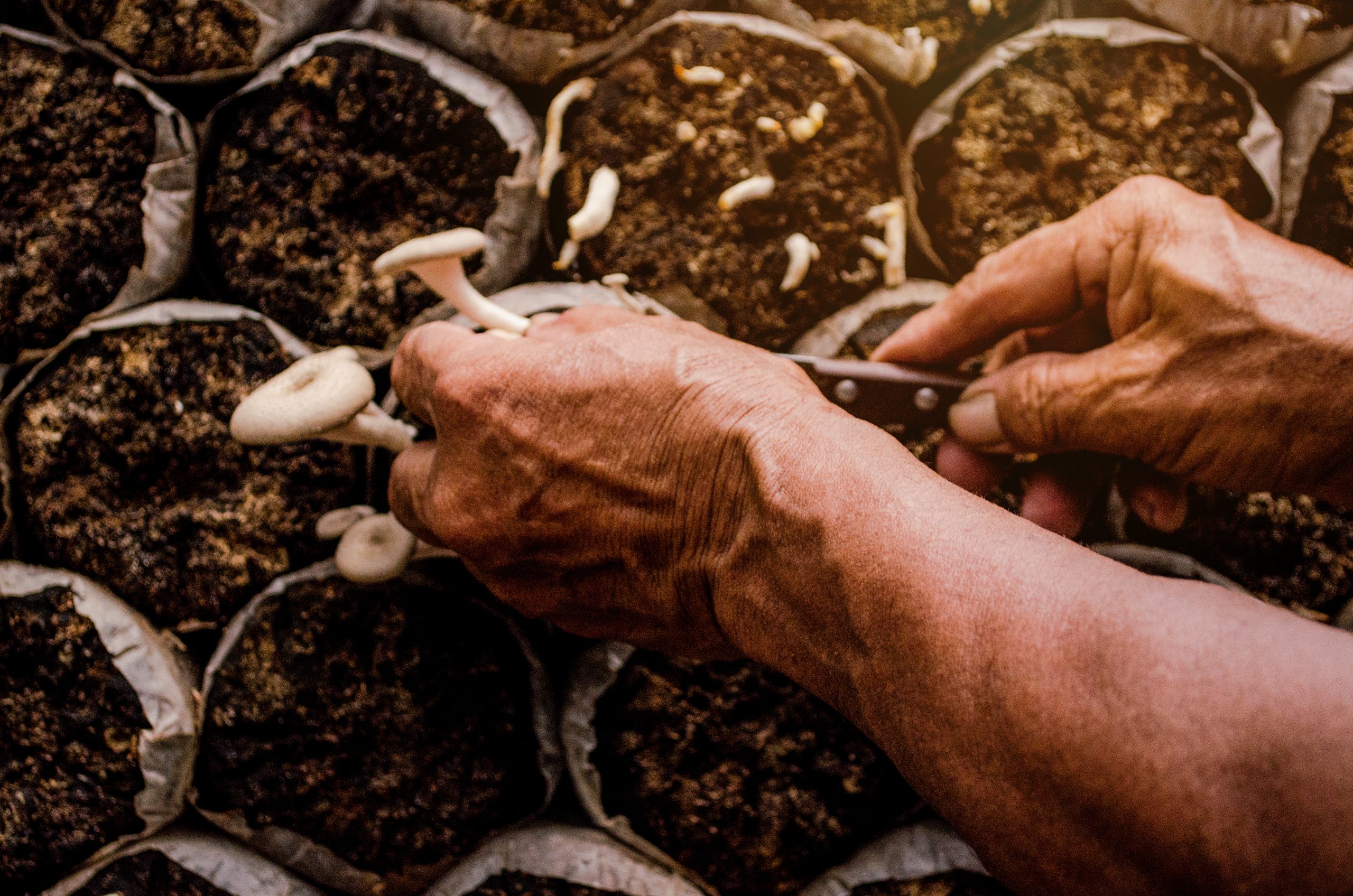 David Weil Nominated to be Wage and Hour Administrator

The Biden administration has nominated David Weil to lead the Department of Labor’s Wage and Hour Division, where he would be in charge of enforcing federal minimum wage and overtime law. Weil, who is a professor and university administrator, previously served in the same position from 2014 to 2017. He has long been an advocate for effective enforcement of workers’ rights and an outspoken critic of labor abuses associated with the “fissured workplace” in which businesses use employee misclassification, staffing agencies, labor contractors and other intermediaries to shift legal responsibility away from themselves. During the Obama Administration, then-Administrator Weil bore the brunt of conservatives’ ire for his employment-law enforcement efforts, particularly in agriculture.

The United States Citizenship and Immigration Services (USCIS) has issued new guidance updating its policy for granting employment authorization and deferred action to U-visa applicants. U visas are available to noncitizens who have been victims of certain qualifying crimes and/or who are helping law enforcement prosecute or investigate such crimes. The U visa, and the protections it provides, is essential to allowing noncitizen victims and/or witnesses to report crimes, including certain labor crimes, without fear of being deported. Under the new guidance, USCIS will make an initial discretionary determination as to whether an individual’s application is bona fide, i.e., “made in good faith and without intention of deceit or fraud.” According to USCIS, this will allow the agency to grant U-visa applicants work authorization and deferred action while they await adjudication of their visa application, a process that currently takes about 5 years.

The COVID-19 pandemic has highlighted what workers and advocates have long known—our country’s current system of laws and regulations are too weak to fully protect workers from exploitation and mistreatment. In response, several states have considered adopting labor legislation to ensure unscrupulous employers cannot take advantage of workers without repercussions. Many states are modeling their proposed legislation on California’s private attorney general law, which allows mistreated workers to file suits on behalf of co-workers against employers, as if they were a public agency, after the agency has not pursued a claim.  The workers can seek civil penalties, 75% of which goes to the state. California’s law also protects workers from mandatory arbitration agreements, helping to ensure that workers with valid legal claims can get their day in court.

New Jersey, New York, Maine, and Connecticut are all considering variations on California’s law, but they face fierce opposition from management-side groups that wish to avoid accountability for employers. The private attorneys general laws are needed because government employment-law enforcement is inadequate. FJ encourages states to act swiftly in enacting laws to protect the workers who have risked their own health and safety to help the country amid the deadly coronavirus crisis.

The Colorado legislature passed the Agricultural Workers’ Rights Bill (SB 87) in June, paving the way for the state to bring farmworkers under many of the same labor protections that guard the state’s other workers from dangerous and exploitative work conditions. The Governor is expected to sign the bill. The bill would remove the farmworker exemptions from the state’s Labor Peace Act, thereby protecting their right to join labor unions, strike, and engage in collective bargaining. It would also grant farmworkers the right to the state minimum wage, overtime pay, and meal and rest breaks. Finally, the bill would create a stronger pathway for farmworkers to vindicate their rights in court without fear of retaliation. FJ congratulates Towards Justice and the many other farmworkers and advocates who have worked to build support for this important legislation. As other states move forward toward equal protection for farmworkers, the pressure builds on Congress to do so as well.

On Friday, June 4, ICE issued a new interim prosecutorial discretion memo for ICE attorneys in charge of prosecuting deportation and bond cases. Generally, an ICE grant of prosecutorial discretion means a decision not to pursue enforcement (arrest, detention, and/or deportation) in a particular case. The memo identifies five groups of people whose cases ICE should generally dismiss if they are not enforcement priorities and if they do not have serious negative factors. Two of these groups may be particularly relevant for immigrant farmworkers facing ICE enforcement. The first group is people who have compelling humanitarian factors. This group includes those with a serious health condition; those who are elderly, pregnant, or minors; those serving as the primary caregiver to a family or household member with a serious illness; victims of domestic violence, human trafficking, or other serious crimes; those who came to the U.S. as a young child and lived here continuously since; or those involved in a serious lawsuit like family court, civil rights, or a labor dispute. The second group is people who are witnesses, confidential informants, or otherwise assisting law enforcement, including for labor and civil rights investigations/cases.

In its third ruling on the law, the Supreme Court rejected a challenge to the constitutionality of the Affordable Care Act (ACA). The Court’s opinion did not go into the merits of the case. Instead, it held that the plaintiffs, Texas and 17 other states, lacked standing to bring their challenge because they did not suffer any injury. This ruling protects the health care coverage of millions of people, including farmworkers and their families. Had the Court chosen to strike down the ACA, millions of people—primarily low-income adults—would have lost their health care coverage, even as the country continues to see thousands of new COVID-19 cases every day. Enrollment in healthcare.gov, the ACA federal marketplace, is currently open under a COVID-19 special enrollment period, which ends August 15.

On June 10, the U.S. Department of Labor’s Occupational Safety and Health Administration (OSHA) finally published a COVID emergency temporary standard (ETS) for the workplace. Although the agency created mandatory rules for the health care sector, it issued only recommendations for all other sectors, including agriculture. OSHA has abdicated its responsibility to farmworkers and their families. FJ calls on the Biden administration to immediately issue an ETS with mandatory rules for agricultural employers. 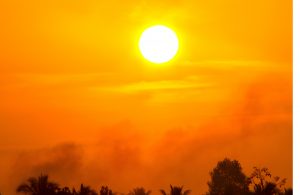 The Occupational Safety and Health Administration (OSHA) has announced that it will begin exploring the potential for rulemaking around a heat illness prevention standard. As a first step, the agency will publish a Request for Information so that stakeholders may provide feedback on the need for a standard and what such a standard should include. This action comes after several advocacy organizations, including Farmworker Justice, repeatedly petitioned OSHA to protect outdoor workers from increasing temperatures. From 1992 to 2017, heat stress killed at least 815 U.S. workers. As climate change leads to increased temperatures, the risk to agricultural and other outdoor workers continues to grow. It is long past time that OSHA take action to protect workers.

Court Halts Use of Toxic Pesticide

The D.C. Circuit held in June that the Environmental Protection Agency (EPA) violated the Endangered Species Act (ESA) when it approved the use of aldicarb on Florida citrus without first making an ESA effects determination. The ruling means that aldicarb—which is banned in 125 countries and classified as “extremely hazardous” by the World Health Organization—will not be used on 100,000 acres of Florida fields as had been originally planned. This victory comes after several farmworker and environmental groups filed a complaint challenging the EPA’s decision to approve use of the toxic pesticide. Although the EPA originally made this decision under the Trump administration, it did not reverse course when President Biden entered office and instead continued litigating the case.

On June 14, 2021, Congressman Cicilline (D-RI) and Senator Durban (D-IL) announced that they will soon reintroduce the “Children Don’t Belong on Tobacco Farms Act.” The bill, which was previously introduced in 2019, would amend the Fair Labor Standards Act (FLSA) to classify work in tobacco fields or where workers come into direct contact with tobacco as “oppressive child labor” and prohibit the employment of children under 18 in such jobs. Current law permits children 12 and older to work in tobacco fields, where they are exposed to serious health risks when they harvest and cultivate the deadly crop, including nicotine poisoning. These risks are exacerbated by the other oppressive conditions of farm labor, including high heat, long hours, and toxic pesticides. Passage of this bill is urgently needed to protect children from dangerous work.

This month, Maryland passed the Maryland Essential Workers’ Protection Act (HB 581), making it the third state to enact legislation requiring workplaces to take certain precautions during a “catastrophic health emergency,” such as the COVID-19 pandemic. The Act applies to essential employers in industries that must remain open even during public health emergencies, including agriculture. Covered employers are required to adopt and maintain written safety protocols, ensure that working conditions comply with federal and state safety standards, provide necessary safety equipment, report positive test results, and provide paid leave where needed. The Act also includes provisions to prevent misclassification and retaliation. FJ applauds Maryland for taking this vital step to protect its frontline workers. 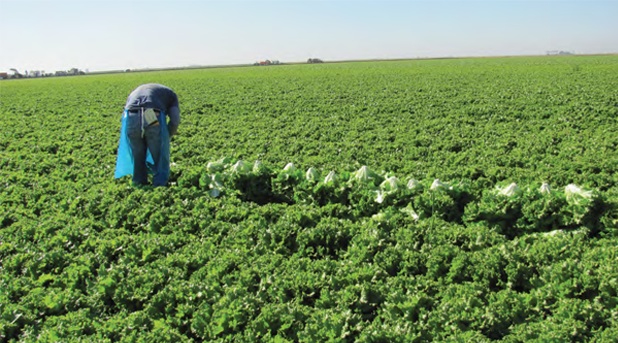 Marjorie Elizabeth Wood’s Op-Ed in the New York Times Pitting Child Safety Against the Family Farm brings the conversation about children working in agriculture back to the core of the recent battle that ensued after the Department of Labor proposed changes to the hazardous orders to protect children employed in agriculture. Due to political pressure, the DOL decided not to pursue the changes. Ms. Wood’s Op-Ed reminds readers of the long history of excluding children from agriculture reform based upon the argument of infringing on the “family farm.”