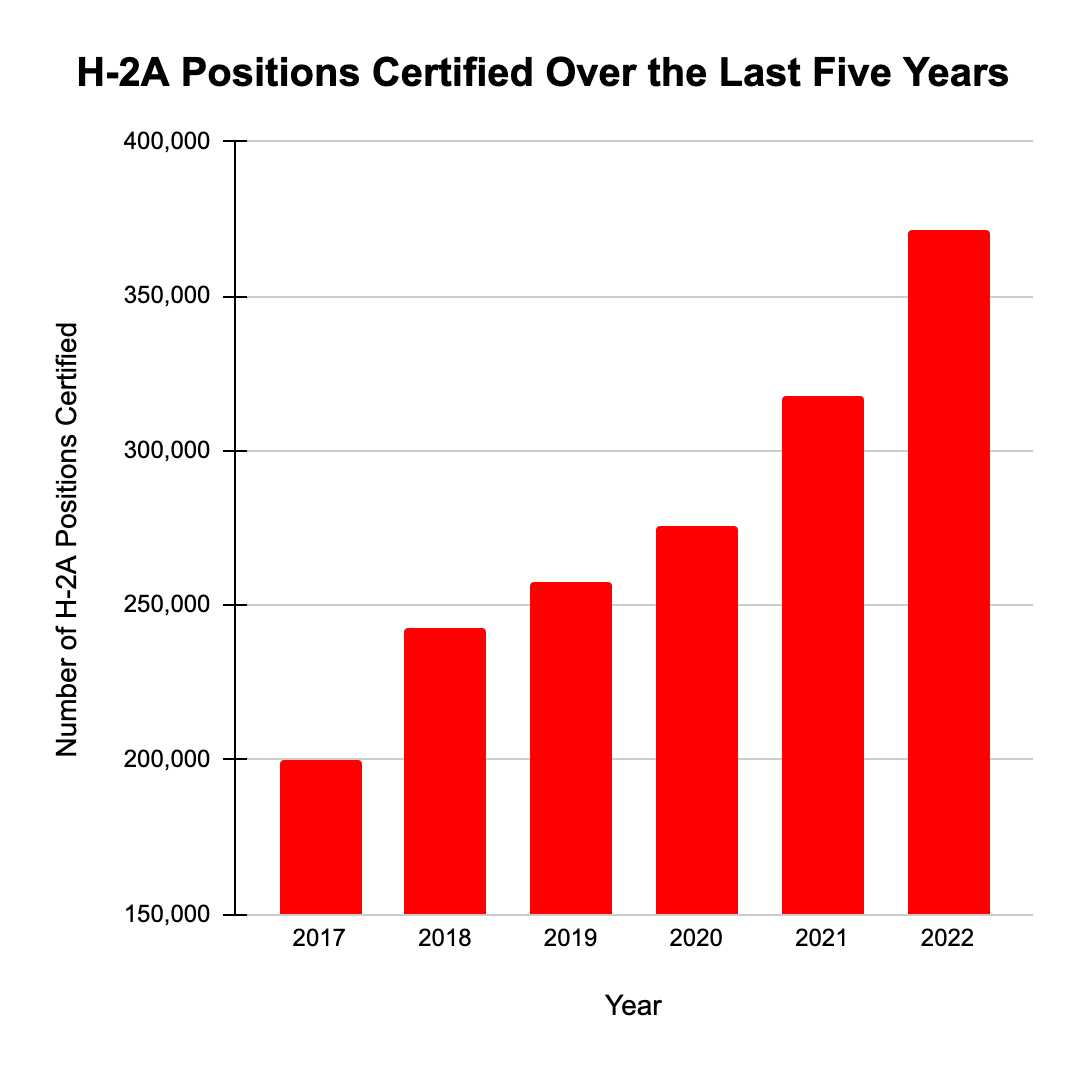 In fiscal year 2022, the H-2A program continued its trend of explosive growth according to data recently published by the Department of Labor’s (DOL) Office of Foreign Labor Certification (OFLC). OFLC approved 371,619 positions in FY 2022, which accounts for a staggering 18% increase in the number of H-2A positions certified compared with last year. This increase is the most recent example of the steady expansion of the H-2A program over the last decade.

The increasing number of employers turning to the H-2A program presents significant dangers for both foreign and U.S. farmworkers. As Farmworker Justice has extensively reported, the disproportionate control that employers exert over H-2A workers leaves them extremely vulnerable to abuse and exploitation.

The top ten states with the highest number of total certified positions are:

The 2022 OFLC data highlights a stark reality: the flawed H-2A program is growing rapidly and it is not showing any signs of slowing down. The continued expansion of the H-2A program only reinforces employer’s access to a captive, vulnerable workforce. Rather than dedicating resources to facilitating this expansion, the U.S. government must significantly reform the H-2A program and improve enforcement of existing regulations.