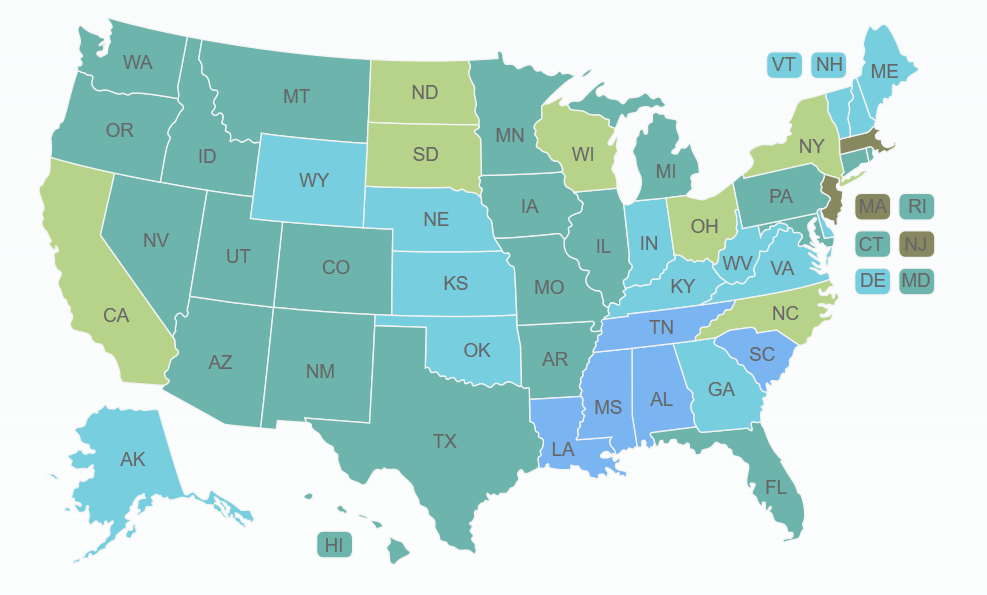 Most states’ employment and labor laws deny farmworkers equal protection.  The people who work on our farms and ranches continue to be excluded from many of the basic workplace protections that apply to most other occupations.  For example, in 36 states farmworkers are either excluded entirely or partially from workers’ compensation coverage for occupational injuries, illnesses and deaths.  Currently, no state grants farmworkers time-and-one-half pay after 40 hours of work.  In the overwhelming majority of states, all or some farmworkers are excluded from the state minimum wage or are subjected to a lower minimum wage than applicable to other most other workers.

The longstanding discrimination against farmworkers in our nation’s federal and state employment laws is a major factor in the low wages, lack of fringe benefits and disproportionately dangerous working conditions experienced by many of this country’s 2.5 million farmworkers. Despite some improvements in a few states, the large majority of states continue to deprive farmworkers of legal rights that cover most other workers.

The map includes summaries of labor and employment laws applicable to farmworkers in each state. The main-page’s general map enables the reader to click on any state to learn about laws related to minimum wage; overtime pay; workers’ compensation (for occupational illnesses, injuries and deaths); field sanitation (drinking water, hand-washing stations and toilets); pesticide safety; and the right to join labor unions and collective bargaining.  The summaries also identify the state agencies that enforce each law as well as the legal aid programs that serve farmworkers in that state.

Three additional color-coded maps provide a graphic national snapshot of state laws affecting farmworkers regarding minimum wage, overtime pay, and workers’ compensation. These three maps allow the reader to click on the state to learn more about each topic.

The interactive map is intended to be a user-friendly resource for diverse audiences, including farmworker-serving organizations, policymakers, journalists, researchers, students and the general public. Attorneys who are not familiar with farmworker laws also may find it a useful starting point.

The project seeks to provide a single source for information about state employment laws, which vary widely and may be difficult for non-lawyers to research.  Due to limited resources, it does not include every topic in employment and labor laws. We hope to update the map as laws change and add more topics as resources allow.

One basic yet important step toward improving farmworkers’ wages, working conditions and occupational safety is to end their exclusion from labor-protective laws.   Farmworker Justice remains committed to ending this discrimination.

This project greatly benefited from the assistance of numerous legal professionals around the nation who serve farmworkers.  It was made possible by financial support to Farmworker Justice from generous funders.