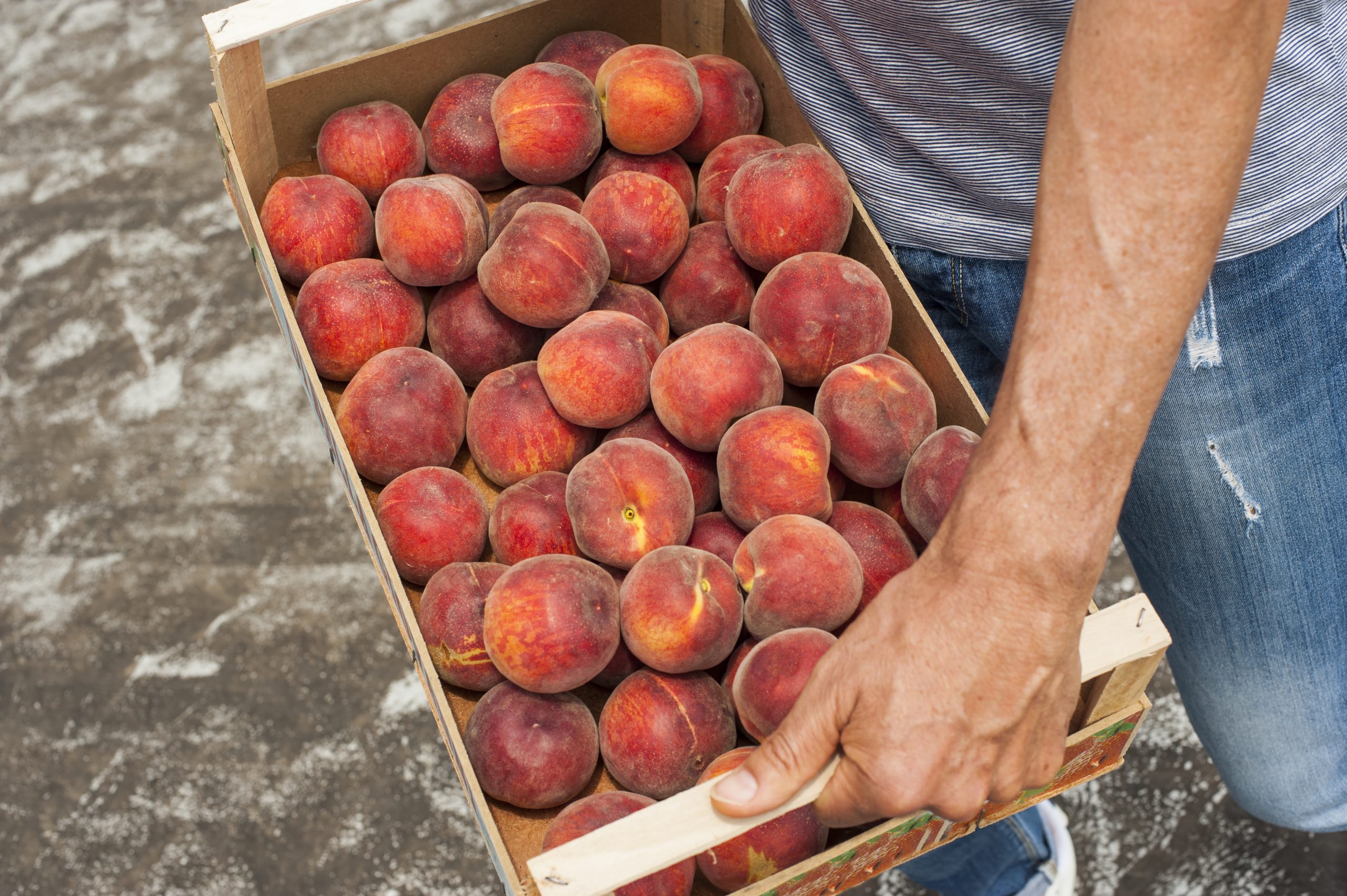 Over the past month, Congress has continued its deliberations on the Build Back Better (“BBB”) budget reconciliation bill and the fate of its immigration provisions 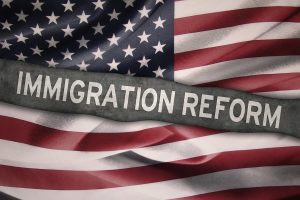 remains unclear. The major infrastructure bill, which passed with some Republican support and the votes of almost all Democrats, will be signed by President Biden shortly. Progressive Democrats failed in their efforts to stop enactment of the infrastructure bill unless it was accompanied by passage of the BBB reconciliation bill.

Leadership in both the House of Representatives and the Senate are still pushing for the inclusion of immigration relief for millions of undocumented immigrants, including undocumented farmworkers. Farmworker Justice strongly supports this proposed immigration reform. In September, the Senate parliamentarian rejected two different proposals that would have provided a path to green cards and citizenship for undocumented immigrants, one through a special program for essential workers and the other through an update to a longstanding immigration provision referred to as registry.

The House of Representatives is now preparing to vote on reconciliation bill text that includes a new set of immigration provisions. These provisions fall short of providing a path to citizenship, and instead provide a form of immigration relief known as “parole.” The provisions would provide parole for a renewable 5-year period to any immigrants who have been continuously present in the U.S. since before January 1, 2011. Those with parole status would receive work and travel authorization, but all parole under the program would expire on September 30, 2031. As the House of Representatives prepares for a vote on the bill, Senate leadership is preparing to meet with the Senate parliamentarian to determine whether the parole provisions comply with the chamber’s rules on budget reconciliation bills. If the parliamentarian rejects the immigration proposal, the Senate could vote to ignore or override her rulings, and many organizations advocating for immigration reform are pressing the Senate to take that action.

The Secretary of Homeland Security Alejandro Mayorkas recently issued two guidance memos that have important implications for immigrant workers involved in labor disputes. The first memo, entitled Guidelines for the Enforcement of Civil Immigration Law, provides new standards for Immigration and Customs Enforcement (ICE) to use when deciding whether to arrest/detain immigrants or place them in removal proceedings. It requires agency officials to treat a worker’s involvement in a labor dispute as a mitigating factor in enforcement decisions. The second memo is entitled Worksite Enforcement: The Strategy to Protect the American Labor Market, the Conditions of the American Worksite, and the Dignity of the Individual. The memo orders an immediate halt to mass worksite raids, as well as a broad review of Department of Homeland Security (DHS) policies affecting immigrant workers in labor disputes. It sets forth three main goals for the Department: delivering more severe consequences to exploitative employers, increasing willingness of workers to report employers and cooperate in investigations, and improving coordination with labor agencies.

The Farmworker Justice Fact Sheet on the new memoranda is available here.

The rapid increase in the number of jobs certified (i.e., approved) by the DOL for hiring of foreign citizens on H-2A visas has continued, growing from 275,430 jobs in FY 2020 to 317,619 in FY 2021. More employers have applied to use the program and almost all employers’ applications are approved. As the interactive map shows, Florida continues to lead the states in H-2A certifications, at over 44,000 jobs, up from 39,000 last year. Unlike some other temporary work visas, there is no legal limit on the number of H-2A visas issued annually. The State Department will report on the number of H-2A visas actually issued, which is usually somewhat lower than the number of H-2A jobs approved. One of the many troubling aspects of the H-2A program is the increasing number of farm labor contractors (FLC’s) that are granted approval to bring in H-2A guestworkers; FLC’s are notorious for violating workers’ rights while the grower/farmer owner – i.e., the FLC’s customer — denies responsibility for the mistreatment of workers on its farm. 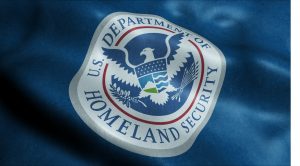 DHS and the Department of State designated six countries whose nationals are newly eligible to participate in the H-2A and H-2B visa programs through November 2022. The Department has reinstated Haiti as an eligible country after it was removed from the program in 2018. It has also extended the Dominican Republic’s eligibility to H-2B. The other countries that were added include Bosnia and Herzegovina, the Republic of Cyprus, Mauritius, and Saint Lucia. Citizens of Moldova will no longer be eligible beginning January 18, 2022. H-2A agricultural guestworkers come from many nations but most come from Mexico.

DHS recently issued a new memo that provides a framework for the timing and location of DHS enforcement activities in sensitive locations. The memo is applicable to the enforcement activities of ICE as well as Customs and Border Protection (CBP). The stated purpose of the new memo is to ensure that individuals’ ability to access or engage in essential activities is not disruptive. The memo includes a non-exhaustive list of protected areas, such as, schools, medical and mental health facilities, community centers, and places of worship. The memo fleshes out the categories of sensitive locations in previous memos, and adds a new category of locations where individuals are receiving emergency response or disaster relief. One important change is the elimination of a CBP exception that permitted enforcement activities in sensitive locations that were “at or near an international border.” 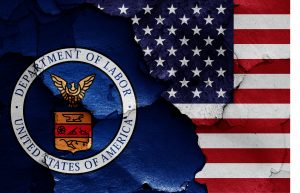 On October 27, the US Occupational Safety and Health Administration (OSHA), part of the US Department of Labor (DOL), published an Advanced Notice of Proposed Rulemaking (ANPRM) for Heat Injury and Illness Prevention in Outdoor and Indoor Work Settings. The comment period for the ANPRM will close on December 27. OSHA will later issue a proposed regulation with request for comment before issuing a final rule. Farmworker Justice has been advocating in Congress and in OSHA for a federal heat stress safety standard and will be working with partners to draft and submit comments to the ANPRM. The notice is part of the Biden Administration’s recently announced inter-agency effort to address extreme heat.

OSHA does not currently have a federal standard for potentially harmful heat conditions. Among all weather-related hazards in the workplace, heat is the leading cause of death for workers, and agricultural workers face higher rates of heat illness and death than other workers. A recent news investigation found that at least 65 farmworkers have died from heat-related causes since 2002. Key protections against heat stress during times of high temperature are requirements for water, shade and rest breaks and prohibition against retaliation for workers who seek these protections.

A group of farmworker advocacy and community-based organizations led by Oregon farmworker union PCUN are petitioning the governors of California, Oregon and Washington for their states to adopt a Western States Pact to protect farmworkers from the effects of heat stress and wildfire smoke. Farmworker Justice supports this initiative and joined the coalition of advocates in drafting the text of the proposed Pact. Under this Pact—modeled on an existing pact on COVID-19 measures—the three states would adopt consistent standards to protect farmworkers from heat stress and wildfire smoke, which have become increasing threats to the health of farmworkers due to climate change. Consistent standards would help the thousands of farmworkers who work in different states on the West Coast over the course of the year, who currently navigate differing and confusing sets of standards, making it more difficult for workers to understand what workplace protections they are entitled to receive. As proposed, the Pact would also lead to the adoption of more protective thresholds. As of this writing, approximately 100 organizations have signed on to support the Pact.

On November 4, OSHA issued an Emergency Temporary Standard (ETS) implementing a COVID-19 vaccine mandate for employers with more than 100 workers. 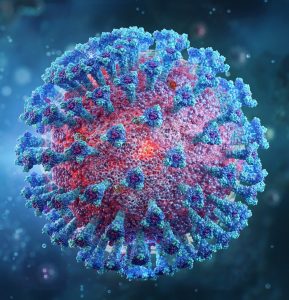 FJ is analyzing the ETS and its potential impact on farmworkers and their employers and will share more information. Agricultural work is covered under the ETS. A significant exception from coverage is an exemption for employers whose workers are exclusively outdoors. However, outdoor workers who use employer-provided transportation and/or housing are covered under the requirement. Covered employers must meet all requirements by January 4, 2022. There is a 30-day comment period as OSHA considers making the ETS a final rule. You can find a summary of the ETS as well as answers to Frequently Asked Questions on the OSHA website.

Open enrollment for the Affordable Care Act marketplaces began on November 1, 2021. All eligible individuals can enroll in health insurance for themselves and/or their family members and receive financial assistance to lower the cost. Enrollment in the federal marketplace will be open until January 15, 2022. State marketplaces may have a different end date for open enrollment. You can go to www.healthcare.gov or your state marketplace website for more information.

Farmworker Justice has been helping farmworker organizations reach farmworker families to improve access to health insurance under the ACA since it was enacted. Currently, FJ is partnering with Rural Women’s Health Project to create new fact sheets for workers about the ACA marketplace. The fact sheets will be available in multiple languages. We will share a link as soon as they are posted on our website.

On November 10, the U.S. Department of Agriculture (USDA) announced that they are now accepting applications for organizations to participate in its Farm and Food Worker Relief Grant program. USDA will award grants between $5,000,000 to $50,000,000 to organizations to deliver payments up to $600 directly to farmworkers or meatpacking workers who incurred expenses related to the COVID-19 pandemic. Applications must be submitted by February 8, 2022. USDA will be hosting a webinar for interested organizations on November 17, 2021. More information can be found at https://www.ams.usda.gov/services/grants/ffwr.