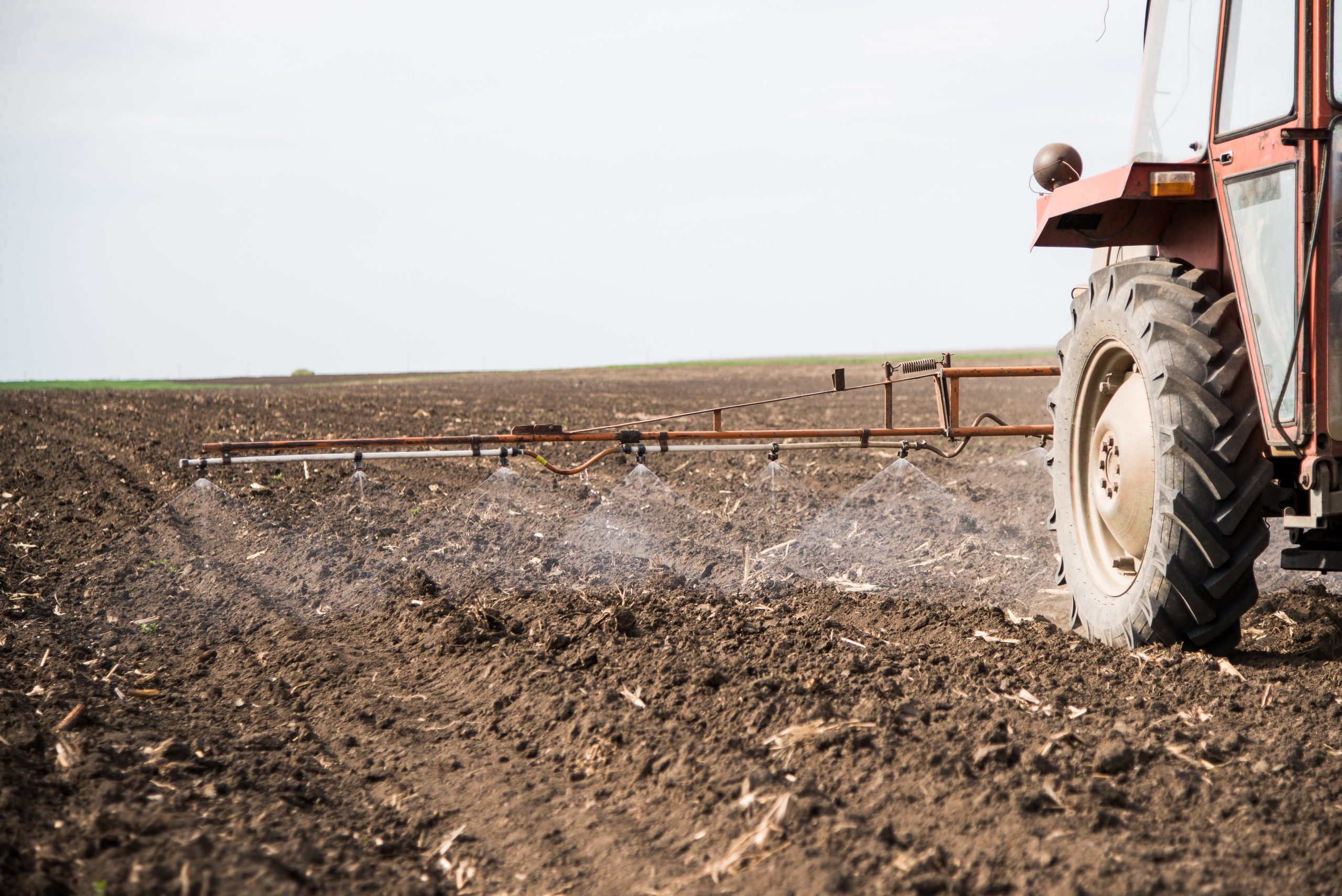 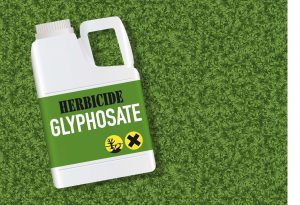 The U.S. Court of Appeals for the Eleventh Circuit ruled on July 12th that pesticide labeling provisions in the Federal Insecticide, Fungicide and Rodenticide Act (FIFRA) do not preempt a “failure to warn” claim under Georgia law, reversing an earlier district court ruling. The case, John D. Carson v. Monsanto Company, concerns a claim against Monsanto by a Georgia resident who developed malignant fibrous histiocytoma, which he blames on the pesticide Roundup. The plaintiff claims that Roundup manufacturer Monsanto failed to warn of cancer risks associated with the use of glyphosate, the active ingredient in this pesticide. Monsanto argued unsuccessfully that FIFRA preempts the plaintiff’s claim because the EPA classified glyphosate as not likely to  be carcinogenic to  humans and approved the label on the product. Farmworker Justice and other farmworker organizations filed an amicus brief in the case. The Ninth Circuit Court of Appeals has also rejected Monsanto’s arguments against a similar “failure to warn” claim in California, a ruling that Monsanto has appealed to the Supreme Court (Edwin Hardeman v. Monsanto Company, Case Nos. 19-16636, 19-16708 (9th Cir. 2021).

On June 28, 2022, a group of six ranchers and growers in Colorado filed a lawsuit against the State of Colorado and the Colorado Department of Labor and Employment in response to the recent enactment of the Agricultural Workers’ Rights Act (SB 21-87).  The grower-plaintiffs’ lawsuit, Talbot’s Mountain Gold, LLP v. Polis, 22-cv-001537 (D. Colo. 2022), specifically challenges the provisions of the Act that prohibit growers and ranchers from interfering with farmworkers’ rights to speak and meet with key service providers, such as community outreach workers, union organizers, and healthcare providers.

The growers and ranchers allege in their complaint that the Act’s prohibition against grower/rancher interference with farmworkers’ rights to speak and meet with these key service providers violates the employers’ property rights. The plaintiffs base their claims on the Supreme Court’s 2021 decision in Cedar Point Nursery v. Hassid, which declared that a longstanding California law granting union organizers a limited right to enter onto farm property to speak with farmworkers constituted an unconstitutional “taking” of property under the 5th and 14th Amendments of the U.S. Constitution.

Farmworker Justice is monitoring the litigation and has convened a working group to contemplate and coordinate possible responses to the farmers/ranchers’ lawsuit. 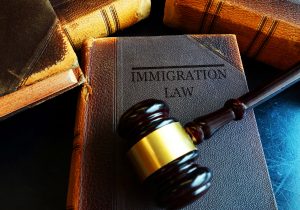 On July 6, 2022, the Department of Labor (DOL) published guidance on the process that workers who are involved in labor disputes can use to request DOL letters to support their applications to DHS for immigration relief (e.g. deferred action or parole).

Further guidance on the DHS side of the relief process is still expected in the near future, and there are still several open questions about implementation. The process is designed to apply both to undocumented workers as well as workers on temporary visas. Read the full FAQ here.

On June 24, the House Appropriations Committee passed a year-round H-2A rider on the Homeland Security appropriations bill for FY 2023, via voice vote. As they have in prior years, Reps. Newhouse (R-WA) and Cuellar (D-TX) introduced the amendment, which allows H-2A workers to be admitted without regard to whether they provide labor or services that are of a temporary or seasonal nature. Reps. Roybal-Allard (D-CA) and DeLauro (D-CT) spoke in opposition to the amendment. This “rider” on a spending bill would make a major policy change.  FJ strongly opposes both the substance of this amendment and the method by which it was adopted.

In the past months, two federal appellate courts have split on the legality of the Biden Administration’s 2021 immigration enforcement guidelines, leaving the status of the enforcement policies in question.

In order to prioritize the resources of federal immigration authorities, DHS Secretary Mayorkas issued enforcement guidelines in September 2021. The guidelines prioritized detention and removal of noncitizens who posed a risk to national security, public safety and border security. Several states then sued the Biden Administration to stop the implementation of these guidelines, saying this narrowing of enforcement priorities violated immigration law and federal administrative law. On July 5, 2022 the Sixth Circuit lifted a preliminary injunction against the enforcement guidelines, which had been issued by a lower court in a case brought by Arizona, Montana and Ohio. The Sixth Circuit determined that the enforcement guidelines do not violate federal or state laws, but merely tell federal employees what to prioritize when enforcing immigration law, which is within the authority of the executive branch.

One day later, the Fifth Circuit ruled against the guidelines in a case brought by Texas and Louisiana, rejecting the government’s request to stay a lower court’s final judgment vacating the guidelines. The appeals court found that the federal government was unlikely to succeed on the merits of its claims that the guidelines were a valid exercise of its authority.  On July 8, the DOJ filed a stay request with the Supreme Court, asking the justices to allow immigration authorities to implement the enforcement guidelines while litigation proceeds. 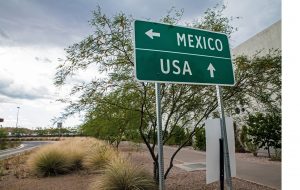 In a 5-4 decision published on June 30, 2022, the U.S. Supreme Court ruled that the Biden Administration’s decision to terminate the Remain in Mexico program was not a violation of immigration law. The case will now return to the district court to assess whether the memorandum used to terminate the program complied with administrative procedure requirements.

In 2019, the Trump Administration implemented the Remain in Mexico program, known formally as the Migrant Protection Protocols (MPP), which forced non-Mexican nationals arriving through Mexico to return to Mexico while awaiting adjudication of their asylum claims. In a pair of 2021 memos, DHS Secretary Mayorkas terminated MPP in light of its harmful human rights and foreign policy implications. Texas and Missouri brought suit in response, alleging that the Mayorkas memos ending MPP violated the federal immigration statute as well as procedural requirements of federal administrative law. A Texas district court vacated the memo ending MPP and issued an injunction forcing the administration to re-implement the program, an injunction which was upheld by the Fifth Circuit. The Supreme Court’s June 30 decision reversed the lower court’s ruling and remanded the case for further consideration.

The U.S. Environmental Protection Agency published a Notice of Filing on July 12 seeking public comments on a petition submitted in November 2021 by a coalition of nonprofit organizations–including Farmworker Justice–asking for a ban on harmful uses of organophosphate pesticides (OPs). These neurotoxic insecticides are widely used in agriculture even though exposure to these compounds is associated with neurological damage and increased risk of developmental disabilities. The Petition to Revoke Food Tolerances and Cancel Registrations for Harmful Organophosphate Uses submitted by Earthjustice on behalf of a group of farmworker, environmental, labor and civil rights groups and advocates for people with disabilities, asks EPA to revoke food tolerances (allowable levels of pesticide residues in food) and cancel registrations for OP uses that Agency risk assessments have found to be unsafe. It also requests that EPA update its human health risk assessments to use a regulatory endpoint that protects children from the neurodevelopmental effects of OPs.  The Agency faces a statutory deadline of October 1, 2022 to complete the registration review of  the OPs, but it has previously indicated that it is likely to miss the deadline for most of these pesticides. The projected delay has also provoked objections from the petitioners. Comments on the petition are due August 11th. 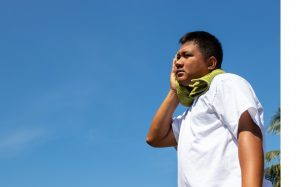 Oregon business groups have filed a federal lawsuit against the state’s Occupational Safety and Health Division (Oregon OSHA) over rules the agency adopted in May to protect outdoor workers from heat stress and wildfire smoke. The new rules require employers to provide workers with water, shade and paid cooling breaks, and to implement respiratory protection programs and provide respiratory protection equipment when air quality declines due to wildfire smoke. The groups challenging the rules, which include Oregon Manufacturers and Commerce (OMC) and  Associated Oregon Loggers Inc., allege that the rules are unconstitutionally vague and that the agency lacked the authority to issue the regulations. Farmworker Justice joined Oregon farmworker organizations in submitting comments to Oregon OSHA in support of the rules before they were issued.

Farmworker Justice published a new report, Farmworkers and the Climate Crisis, which summarizes the content shared by experts during its Environmental Justice Symposium, held May 17th and 18th, 2022, as well as promising practices and policy recommendations to address the impacts of the climate crisis on farmworkers. The virtual Symposium brought together subject matter experts and participants representing health, legal, academic, environmental, and other organizations to discuss how the climate crisis is affecting farmworker communities and to develop actionable recommendations and best practices for health centers, farmworker-serving organizations, and state and federal agencies. Recordings of the Environmental Justice Symposium presentations are available on FJ’s website.