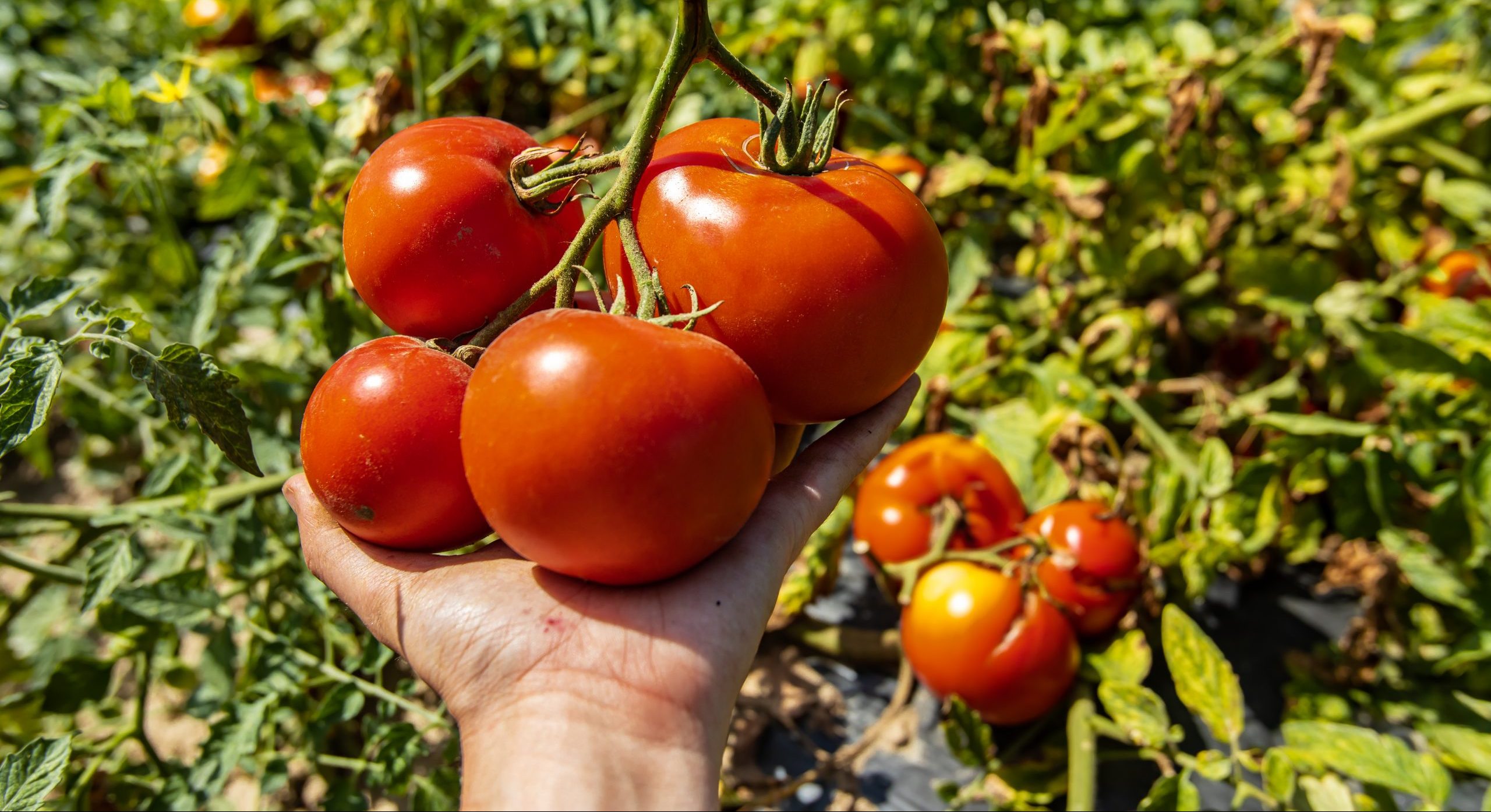 Farmworker Justice and co-counsel recently settled a federal lawsuit on behalf of an Oregon cannabis worker involving wage and hour and human trafficking claims. In the complaint, the worker alleged that he had been physically threatened with violence against himself and his family members when he tried to leave the employer’s labor camp and that he was forced to work approximately 50 hours a week without pay.

In this action challenging the Trump Administration’s revision of the regulations pertaining to the Adverse Effect Wage Rate (AEWR) under the H-2A guestworker program, Judge Drozd denied the National Council of Agricultural Employers (NCAE) motion to intervene in the litigation.  Judge Drozd found NCAE’s motion to intervene to be both untimely and without merit.  The NCAE, an association of H-2A program employers, sought to object to the Court’s rulings. Recently, the Court ordered the Department of Labor to require certain H-2A employers  to make wage adjustment payments to  farmworkers who were not paid the correct 2021 AEWR between January 15, 2021 and February 23, 2021.  The Department has been complying with the Court’s orders, restoring the longstanding wage formula.

On June 23, the U.S. Supreme Court ruled that a California regulation that allowed farm labor organizers to enter growers’ property under specified rules to meet with workers on large farms violated farm owners’ property rights. Cedar Point Nursery, a strawberry grower, and Fowler Packing Co., a grower and shipper of grapes and citrus brought the case, challenging this aspect of the California Agricultural Labor Relations Act, passed in 1975. They argued that California’s regulation requiring them to allow labor organizers to enter their properties amounted to an unconstitutional taking of their property without just compensation in violation of the Constitution’s 5th and 14th Amendments and the Supreme Court agreed by a vote of 6-3. The case raises serious questions about the constitutionality of state laws allowing investigations and other activities to implement and enforce a range of laws.

On July 14, the House Appropriations Committee passed a year-round H-2A rider on the Department of Homeland Security (DHS) appropriations bill for FY 2022, via voice vote. Reps. Newhouse (R-WA) and Cuellar (D-TX) introduced the amendment, which allows H-2A workers to be admitted without regard to whether they provide labor or services that are of a temporary or seasonal nature. Reps. Roybal-Allard (D-CA) and DeLauro (D-CT) spoke in opposition to the amendment. This “rider” on a spending bill would make a major policy change.  FJ strongly opposes both the substance of this amendment and the method by which it was adopted.

Senate Democratic leadership announced this week that they have reached an agreement on a $3.5 trillion budget proposal that will include green cards for certain groups of immigrants.  Although the text of the proposal is still being finalized, groups being considered for the green card provisions include Dreamers, those with Temporary Protected Status (TPS), farmworkers, and essential workers. The proposed resolution is the first step of the Senate’s budget reconciliation process, which allows a bill to circumvent the filibuster and pass with a majority vote (i.e. all 50 Democratic Senators and Vice President Harris to break the tie if no Republicans vote in favor). The budget resolution sets forth a general framework, and if it passes, the relevant committees will be responsible for drafting a detailed final bill later in the year. Any immigration provisions could also be eliminated if the Senate parliamentarian determines that they do not comply with the rules for the reconciliation process.

Record-Breaking Temperatures Highlight Importance of a Path to Citizenship

On July 8, 2021, farmworker advocates and the We Are Home coalition held a telephonic press conference to emphasize the connection between a lack of legal status for many immigrant farmworkers and hazardous working conditions. During the hottest June on record, a little over 40% of farmworkers shared that they did not have access to employer-provided shade and over half said that they had experienced a symptom associated with heat illness while working, according to a survey done by the United Farm Workers Foundation (UFWF). Participants included Teresa Romero, President of the United Farm Workers, Bruce Goldstein of Farmworker Justice and farmworkers.  Following the press conference InsideClimate News quoted Bruce and highlighted the “constellation of vulnerabilities” affecting undocumented workers, the HuffPost discussed how a worker’s undocumented status exacerbates dangerous working conditions, and Hola News joined Farmworker Justice in calling on Congress to pass immigration reform granting undocumented farmworkers a path to citizenship.

Besides Oregon’s and Washington’s newly strengthened protections, only California and Minnesota have heat illness standards. Farmworker advocates have long pushed for federal protections against heat stress, and companion heat stress bills have been introduced in the House and Senate, HR 2193 and S 1068. The Asunción Valdivia Heat Illness and Fatality Prevention Act is named in honor of Asunción Valdivia who died in 2004 after picking grapes in 105-degree weather. As the climate continues to warm, it is increasingly important to implement heat illness prevention requirements for farmworkers who are often vulnerable not only because of the strenuous, outdoor work they do but often because of their undocumented status and a reluctance to take breaks or stop work within a piece-rate pay system. Chuck Abbot, writing for Agriculture.com, quoted Bruce Goldstein to call attention to this reality.

Gearing up for a potential class-action lawsuit, four lawsuits have been filed against defendants Dow Chemical and Corteva Agriscience (formerly DowDupont) alleging severe neurological damage in children exposed to the insecticide chlorpyrifos. Chlorpyrifos is approved for use on more than 80 crops including oranges, berries, grapes, broccoli, and nuts. The largest agricultural market for chlorpyrifos is corn. California banned sales of the insecticide in February 2020 but state records show that 61 million pounds of the chemical were applied from 1974 through 2017. In April, the Ninth Circuit ordered the Environmental Protection Agency (EPA) to make a decision after failing to act for well over a decade and requesting numerous extensions; the EPA is still deciding whether to ban the product or declare it safe.

California Expanding its Medicaid Program to All Low-Income Adults Over 50, Regardless of Immigration Status

Governor Gavin Newsom and state lawmakers recently announced a budget plan that will expand Medi-Cal coverage, California’s Medicaid program, to all income-eligible adults over the age of 50. Medi-Cal already covers all children and young adults up to age 26. Uninsured rates are high for the many low-income undocumented immigrants who live and work in the United States, and COVID-19 has underscored how gaps in health insurance coverage can devastate those who are uninsured along with their communities. California is the first state to take this important step towards making health insurance universal and health care accessible to all, regardless of immigration status.

California Experimenting with Offering Food Assistance to All

Democrats in the state legislature proposed opening California’s state-funded food assistance program, CFAP, to all income-eligible Californians. It has since been pared down to a project to update the program so it can accept applications from undocumented immigrants. But, there is a bill under consideration in the legislature that would expand eligibility and “end the inequitable provision of vital food assistance based solely on immigration status” for certain, qualified immigrants.

Your support makes our work possible as we help farmworkers fight for justice. Farmworker Justice is a 501(c)(3) charitable organization; donations are tax-deductible to the full extent of law. A great way to leave a legacy of justice is through a bequest to Farmworker Justice.

Thank you for your support.