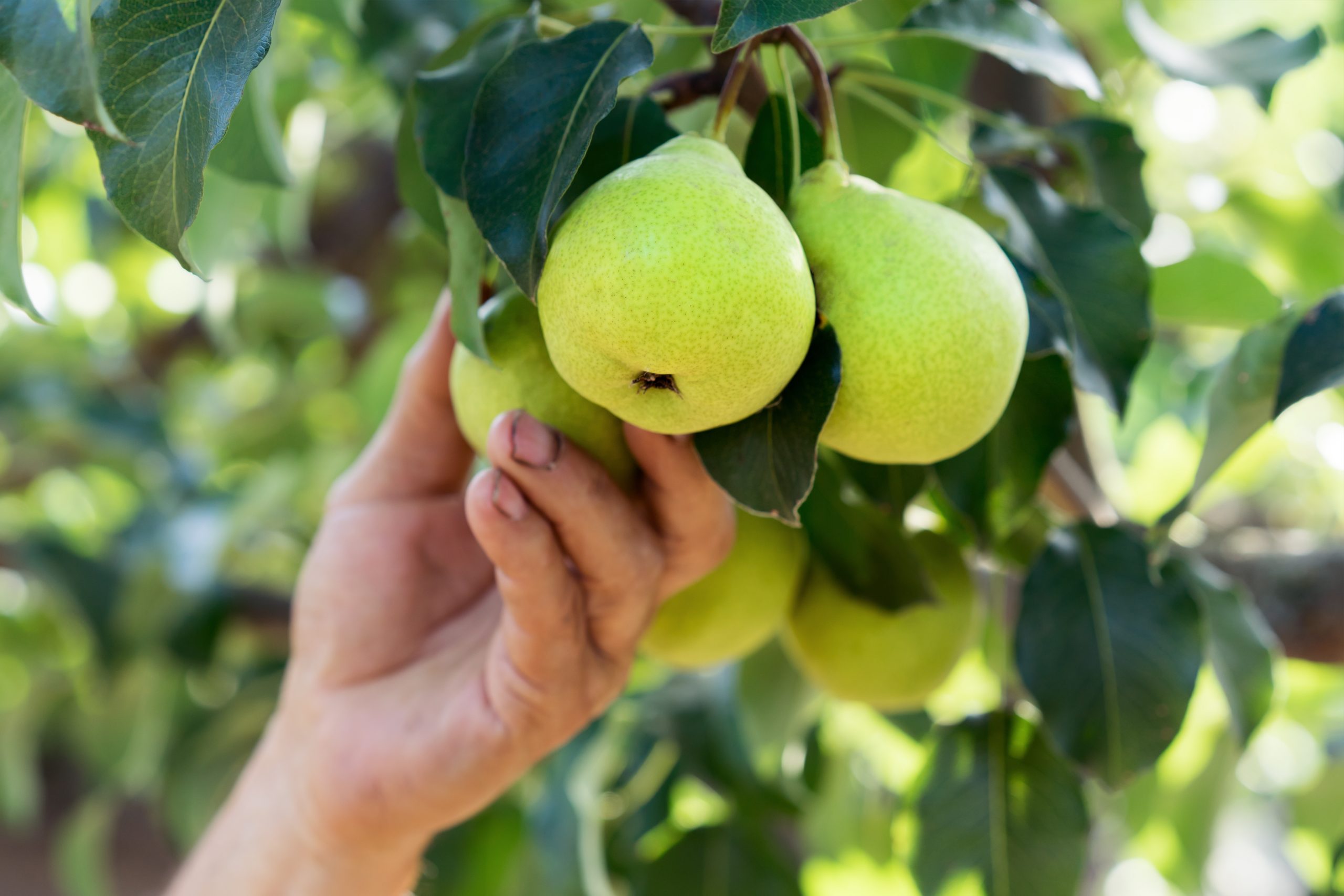 Farm Labor Organizing Committee. v. Stein, Case No. 21-1499 (4th Cir. 2021) on appeal of Case No. 1:17cv1037, (M.D. North Carolina 2021): On September 15, 2021, a federal judge determined that North Carolina’s Farm Act, which was passed in 2017, unconstitutionally prohibited farmworker unions from obtaining voluntary recognition by agricultural employers as part of a settlement of claims of labor law violations. District Judge Loretta C. Biggs determined that this prohibition violated the First Amendment and the first-amendment dimensions of the Fourteenth Amendment’s equal protection clause.  The Court, however, declined to strike down the Act’s prohibition on the use of “dues checkoff” provisions in the agricultural industry.

North Carolina passed the Farm Act in 2017 to make a variety of changes to agricultural law and policy in the state.  The primary sponsor of the legislation was a state senator who owns a farming company and was previously sued by Latinx farmworkers for wage theft. The Farm Labor Organizing Committee, AFL-CIO (FLOC), North Carolina’s only farmworker union, challenged the Farm Act as discriminatory because it hinders farmworkers’ First Amendment right to join and participate in unions.  FLOC also argued that the law is discriminatory since over ninety percent of agricultural workers in North Carolina are Latino. FLOC has petitioned the U.S. Court of Appeals for the Fourth Circuit to strike the dues collection dimension of the law.

On November 18, the House of Representatives voted 220-213 to pass the Build Back Better Act, H.R. 5376, the budget reconciliation bill that would make major changes in social policy and fund many social programs.  The bill passed by the House would have major immigration and labor consequences for farmworker communities. First, the House bill included provisions that would provide immigration relief for several million undocumented immigrants, including hundreds of thousands of undocumented farmworkers and their family members.  Nearly 90% of immigrant farmworkers have been living in the United States for more than a decade.

Second, the bill also increases the amount of money that the government can seek in penalties from employers who violate the rights of their employees under key federal labor and employment laws.  These include the Migrant and Seasonal Agricultural Worker Protection Act, the Occupational Safety and Health Act, and the Fair Labor Standards Act. Increased penalties will help to deter unscrupulous employers from violating workers’ rights and from undermining the competitiveness of law-abiding businesses.

On December 17, the Senate parliamentarian recommended that the immigration relief provisions not be included in the Build Back Better Bill because she does not believe they comply with the chamber’s rules for reconciliation bills. However, the parliamentarian’s opinion is non-binding, and Farmworker Justice is urging Senate leadership to press forward and deliver results for the undocumented immigrants who drive our economy.  Only 41 Senators would be needed to disregard the parliamentarian’s advice, but all 50 Democratic senators would need to remain united to pass the final reconciliation bill.

Senate leaders are aiming to complete consideration of the Build Back Better Act before the end of 2021, but that is looking unlikely.  If the Senate makes changes to the bill, then it will have to be taken up by the House of Representatives once more before going to the President’s desk.  Farmworker Justice staff have been advocating for inclusion in the Build Back Better bill of generous immigration provisions and strong employment-law enforcement penalties because many farmworkers are undocumented immigrants and there are rampant violations of farmworkers’ basic labor rights.

On November 24, the U.S. Department of Agriculture’s National Agricultural Statistics Services (USDA NASS) published its 2021 Farm Labor Report summarizing the findings of the 2021 Farm Labor Survey (FLS). The survey and the resulting report provide data on the regional market rates for crop and livestock workers.  The Department of Labor (DOL) uses the FLS findings to set the Adverse Effect Wage Rate (AEWR) for the H-2A visa program. On December 15, 2021, the DOL published the AEWRs for each state for 2022. Because the results of the Farm Labor Report for 2021 show that farmworkers’ wages have been rising, the 2022 AEWRs – the principal minimum wage  in the H-2A program – are higher  in every state. Nationally, the USDA NASS found that hourly pay for the relevant category—field and livestock workers combined—increased by almost 6.5%, from $14.62 per hour in 2020 to $15.56 in 2021.

The on-time issuance of the 2021 Farm Labor Report represents a major victory for farmworkers after the Trump Administration decided to cancel the USDA survey and report in 2020. Because of the report’s importance in protecting farmworker wages, Farmworker Justice, along with Wilmer Hale, represented the United Farm Workers in a lawsuit against the USDA after the Department announced the cancellation. In December 2020, we won an injunction ordering the USDA to complete the survey, and the 2020 report was issued in February 2021. In a related lawsuit, Farmworker Justice and Wilmer Hale represented the UFW to win a court order stopping the Trump Administration’s attempt to move away from the market-based rate in the Farm Labor Survey and freeze wages at the 2020 AEWR level. The 2022 AEWRs are substantially higher than the 2020 rates.

The Department of Labor published a new proposed regulation on the Adverse Effect Wage Rate (AEWR) rule for the H-2A visa program, the principal wage protection in this guestworker program. The new rule’s AEWR methodology will continue the agency’s long-standing reliance on the USDA FLS findings of the annual gross hourly wage for field and livestock workers to set the AEWR for most positions in most states.  For occupations other than field and livestock workers (e.g. truck drivers, farm supervisors/managers, construction workers, and others), the AEWR will be the statewide annual average gross hourly wage for that occupation as found by the  Occupational Employment and Wage Statistics (OEWS) of the Bureau of Labor Statistics at the Department of Labor.

If finalized, this new proposed rule would replace a final rule issued by the Trump Department of Labor (DOL) in late 2020. The Trump Administration’s regulation would have frozen wages for U.S. and foreign farmworkers at employers that use the H-2A agricultural guestworker program. The Trump AEWR rule is not in effect because it was enjoined by a federal court last year after the United Farm Workers and UFW Foundation, represented by Farmworker Justice and co-counsel, sued DOL to stop the rule’s implementation.

The U.S. Occupational Safety and Health Administration (OSHA), part of the US Department of Labor (DOL), published an Advanced Notice of Proposed Rulemaking (ANPRM) for Heat Injury and Illness Prevention in Outdoor and Indoor Work Settings.  The comment period for the ANPRM was recently extended from December 27, 2021 to January 26, 2022.  OSHA will later issue a proposed regulation with request for comment before issuing a final rule. Farmworker Justice has been advocating in Congress and in OSHA for a federal heat stress safety standard and will be working with partners to draft and submit comments to the ANPRM. The notice is part of the Biden Administration’s recently announced inter-agency effort to address extreme heat.

On November 22, 2021, Senator Cory Booker (D-NJ) introduced the Protect America’s Children from Toxic Pesticides Act of 2021 (PACTPA) that would remove dangerous pesticides within the food system. The legislation would amend the Federal Insecticide, Fungicide and Rodenticide Act of 1972 (FIFRA) by banning organophosphate insecticides, neonicotinoid insecticides, and paraquat—some of the worst pesticides for human and environmental health. Further, the legislation would enable individual citizens to petition the EPA to identify dangerous pesticides, close loopholes that permit EPA to issue emergency exemptions for particular pesticides before full health and safety vetting and suspend the use of pesticides that the E.U. or Canada deems to be unsafe. Farmworker Justice supports this bill.

Open enrollment for the Affordable Care Act marketplaces began on November 1, 2021. All eligible individuals can enroll in health insurance for themselves and/or their family members and receive financial assistance to lower the cost. Enrollment in the federal marketplace will be open until January 15, 2022.  State marketplaces may have a different end date for open enrollment. You can go to www.healthcare.gov or your state marketplace website for more information.

Since its enactment, Farmworker Justice has been working with farmworker-serving organizations to improve farmworker families’ access to health insurance under the ACA. FJ partnered with Rural Women’s Health Project to create new fact sheets for workers’ health insurance and the ACA marketplace. The fact sheets are available in multiple languages, including Spanish, Haitian Creole, Mam and Mixteco. The Mam and Mixteco resources are in an audio-visual format. You can find a link to the fact sheets on our website. For more information, contact Alexis Guild at aguild@farmworkerjustice.org.

Farmworker Justice President Bruce Goldstein is retiring this month after 33 years at Farmworker Justice and 41 years as an attorney.  He wishes to thank the many individuals and organizations with whom he has had the privilege of collaborating, and looks forward to FJ’s work as it enters its 5th decade of empowering farmworkers.