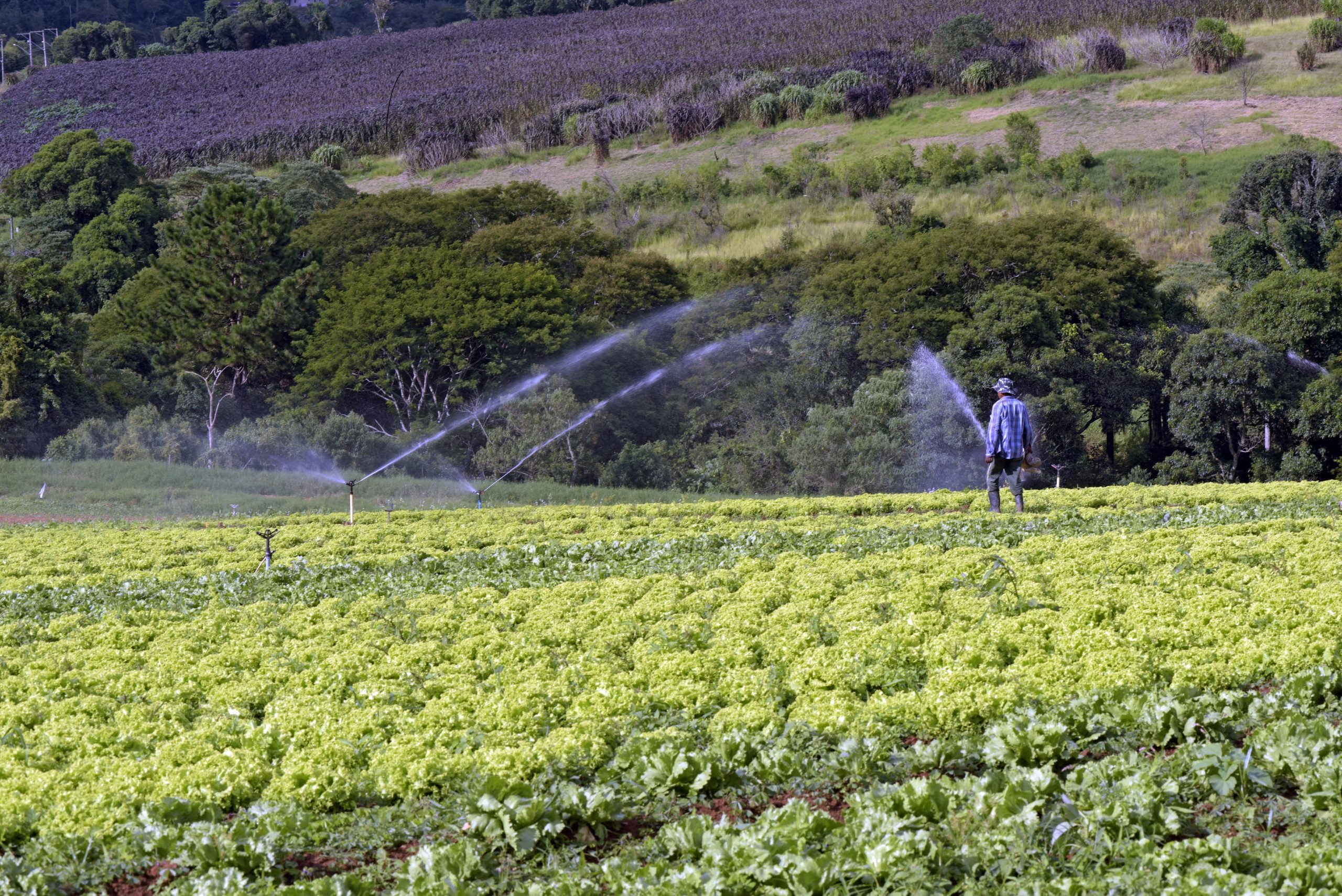 UFW v. Perdue arose in response to the Department of Agriculture’s (USDA) September 30 decision to suspend the Farm Labor Survey (FLS). The survey provides essential data used for determining the Adverse Effect Wage Rate (AEWR), the most important wage floor for H-2A visa holders and many domestic farmworkers. On October 28, as a result of the initial lawsuit, a federal judge ordered the USDA to carry out the FLS. On December 10, the USDA published a Federal Register notice of its intent to comply with the order to reinstate the FLS.

UFW v. USDOL, which is before the same federal judge in the Eastern District of California, challenges the Department of Labor’s (DOL) November 5 rule changing its methodology for setting the AEWR. DOL acknowledges that the change in methodology will cost farmworkers at least $1.6 billion in lower wages over the next ten years. A hearing in the case was held on December 14, and a decision on the motion for a preliminary injunction is expected soon.

Congress May Be Close to Reaching a Deal on COVID Relief

Last week, Congress passed a continuing resolution to avoid a government shutdown and to give itself another week to negotiate a COVID relief package (until December 18). The most likely COVID bill appears to be one put together by a bipartisan group of senators. The $908 billion package has been split into two parts, with the most controversial proposals—Senate Majority Leader McConnell’s proposed liability shield and Democrats’ proposed funding for local governments—cut off from more consensus-building items. Leader McConnell’s shield would protect businesses who put their workers and customers at risk from being held accountable in court. It would also make it more difficult for the incoming Biden administration to take action to protect workers.

Although the bipartisan bill does not appear to include stimulus relief, Senators Sanders (D-VT) and Hawley (R-MO) are putting together an amendment that would include another round of checks. Advocates are urging them to include mixed immigration-status families, who were left out of the last round of stimulus. Congress is simultaneously trying to resolve debates over more long-term funding of the government. 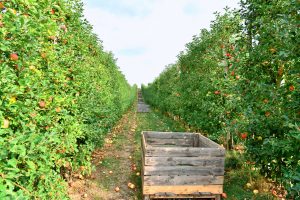 farms found violations of federal labor standards, including wage, housing, and safety requirements. Although the recorded violations are mostly tied to a relatively small group of employers, unscrupulous employers and farm labor contractors are unlikely to be detected, with less than a 2% chance that any one employer or contractor will face investigation. As a result, some of the most vulnerable and lowest paid workers are insufficiently protected from mistreatment. The Wage and Hour Division is too under-resourced to adequately protect workers. And because workers themselves often lack immigration status, they may be too fearful to bring forward complaints of mistreatment. This has been an ongoing problem for several years. A Farmworker Justice report from 2015 similarly found “persistent and widespread violations of the limited protections afforded to farmworkers under federal law.” Enforcement must be increased and improved to protect some of this country’s most essential workers.

On December 15, Congressman Joaquin Castro (TX) introduced the Seasonal Worker Solidarity Act, which would overhaul the H-2B temporary guest worker visa program. The H-2B program allows employers to bring foreign workers to the United States to fill temporary nonagricultural positions. Much like H-2A farmworkers, workers brought to the United States on H-2B visas often face mistreatment and exploitation from recruiters and employers. The Seasonal Worker Solidarity Act would help to prevent discrimination, improve labor standards, ensure workers have access to justice if they are mistreated, and create a pathway to citizenship for workers. It is co-sponsored by Representatives DeLauro (CT), Chu (CA), Bass (CA), Sánchez (CA), Levin (MI), Jayapal (WA), and Pocan (WI).

On Friday, December 4, a federal judge issued an order returning DACA to the terms that were in place before the Trump administration sought to undermine the program. The Judge ordered the federal government to accept first-time applications, renewal applications, and advanced parole applications. Three days later, DHS issued a notice announcing that it was accepting these requests in compliance with the court’s order. In an earlier order, the Judge certified a nationwide class in the case and appointed several attorneys to represent this class. Class members, as well as the general public, can find information and other resources at dacaclassaction.org.

On December 2, the Ninth Circuit held that the Trump Administration’s public charge regulation is unlawful under the Administrative Procedures Act (APA) and upheld the injunctions issued by lower courts. This means that the public charge regulation—which would have made it more difficult for immigrants to obtain status if they had relied on public benefits, including food stamps and Medicaid—has been halted in California, Maine, Pennsylvania, Oregon, Washington, and the District of Columbia. Farmworker Justice is a plaintiff in a separate case, La Clinica de la Raza v. Trump.

On November 30, California’s Occupational Safety and Health Administration (Cal/OSHA) implemented new emergency standards to better protect workers, including farmworkers, from COVID-19. The rules require employers to identify and address COVID-19 risks; notify and provide testing to workers who may have been exposed to the virus; pay workers when they must quarantine; and report outbreaks to the health department. It also requires that employer-provided housing have beds placed at least six feet apart and that employer-provided transportation allow for workers to remain at least three feet apart. Employers are also expected to keep workers in “pods” for sleep, transportation, and work. California has taken an important first step in protecting the workers critical to our food security. Farmworker Justice joined advocates in the state to seek strong protections. Other states should follow suit.

Migrant Farmworkers Sue Employer After Being Exposed to Dangerous Pesticides 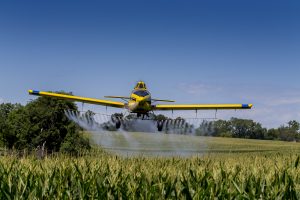 On December 3, Legal Aid Chicago, Texas RioGrande Legal Aid (TRLA), and the Environmental Law & Policy Center filed a lawsuit on behalf of 27 Texas migrant workers who were repeatedly sprayed with toxic chemicals while working on an Illinois cornfield in July 2019. The plaintiffs and their coworkers suffered shortness of breath, blurred vision, painful eye and skin irritation, vomiting, headaches, excessive fatigue, and dizziness after the spraying. These symptoms persisted for several months. The complaint asks that the employer—Pioneer Hi-Bred International Inc.—as well as the aerial applicator companies applying the pesticides, be held accountable for violating federal law and disregarding the health and safety of workers, who were clearly visible in the fields when the pesticides were sprayed. The plaintiffs seek damages for harm caused to workers and to their children, many of whom were exposed to the pesticides after coming into contact with their farmworker parents.

On December 4, the Environmental Protection Agency (EPA) issued a proposed new restriction for an acutely toxic pesticide—chlorpyrifos. The pesticide has been linked with neurodevelopmental harms in children, and prenatal exposure can lead to lower birth weight, reduced IQ, loss of memory, attention disorders, and delayed motor development in children. Even with extensive protective equipment, chlorpyrifos poses a risk to farmworkers and to communities living near fields where the pesticide is sprayed. EPA’s proposed new restriction, which would implement additional personal protective gear and labeling requirements, is insufficient to properly protect workers and their families. Farmworker Justice is involved in ongoing litigation seeking to ban the pesticide entirely.