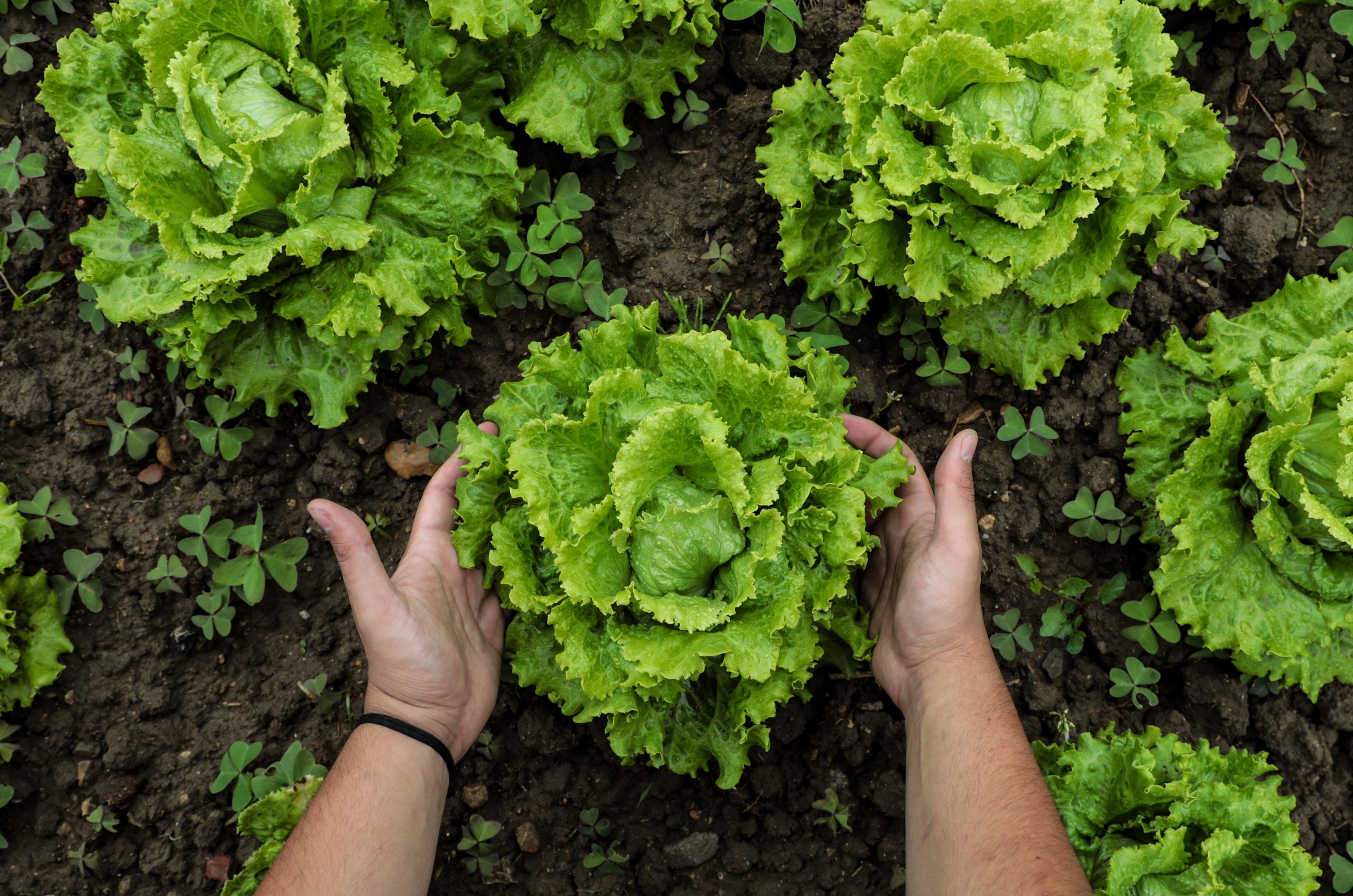 On July 15, the House Appropriations Committee adopted an amendment to the 2021 Homeland Security Funding Bill that would expand the H-2A agricultural guestworker program from temporary or seasonal jobs to year-round work. This amendment is similar to other riders that have been introduced in past years, which sought to undermine the stated purpose of the H-2A program, creating more opportunities for agricultural employers to exploit workers. Expanding the program to year-round jobs would allow additional industries to rely on vulnerable temporary foreign workers rather than taking the ordinary steps to attract and retain a domestic workforce – including increasing pay and improving working conditions. If more workers are needed in the U.S., they should be offered the opportunity for immigration status, not mere temporary work permits. In addition, it makes little sense to allow employers to hire H-2A workers to displace current agricultural workers, particularly at a time of rising unemployment and economic insecurity resulting from the COVID-19 crisis.

Senators Introduce Bill to Protect Farmworkers during the COVID-19 Pandemic

Senator Jeff Merkley of Oregon, along with five other Senators, introduced a bill last month that would take important steps to protect the country’s agricultural workers during the COVID-19 pandemic. The “Frontline At-Risk Manual (FARM) Laborers Protection Act,” S. 4042, would fill in critical gaps left by the Families First Coronavirus Response Act (FFCRA) passed earlier this year. For example, it would require any agricultural producers that receive future agriculture-specific COVID-19 funding to guarantee workers 10 days of paid sick leave, offer an additional $13 per hour as pandemic premium pay, and implement CDC-recommended health and safety measures at work sites and employer-provided housing and transportation. The bill would offer critical protections to farmworkers, their families, and everyone who consumes the food they harvest. Farmworker Justice’s summary of the bill is available on our website.

In a 5-4 decision last month, the Supreme Court ruled that the Trump administration’s efforts to revoke the Deferred Action for Childhood Arrivals (DACA) program violated the Administrative Procedure Act because it failed to offer sufficient reasoning and justification for its actions. Although the decision protects 700,000 DREAMers from deportation for now, it does not bar the President from attempting to revoke DACA again in the future. Instead, it holds that the administration must provide a “reasoned explanation for its actions” if it tries again. Many expect that, if reelected, President Trump will try to rescind DACA yet again, or that he may even try to do so before the election. Meanwhile, the House has passed a bill that would protect 2.3 million DREAMers and provide them eventual citizenship, but the bill has not been taken up in the Senate. For now, DACA recipients can renew their status, and first-time applicants should look out for new guidance from DHS on how to apply.

The Environmental Working Group (EWG) and Farmworker Justice have teamed up to document the steps states have taken in response to the COVID-19 pandemic and the threat it poses to our country’s farmworkers. The Trump Administration’s rejection of demands for mandatory safety protections for the essential workers in agriculture and other sectors necessitates state action. Despite the fact that farming communities have been some of the hardest hit areas of the nation, states have been slow to take action to protect the people who grow our food. As of mid-July, only a few states–Colorado, Michigan, New Mexico, New York, Oregon, Pennsylvania, Washington, and Wisconsin–had enacted mandatory requirements specifically directed at protecting farmworkers, such as requiring personal protective equipment, physical distancing, disinfected workplaces, testing, and changes to housing and transportation. Other states are currently considering such measures, while various states have issued agriculture-focused guidelines that are not mandatory. Certain major agricultural states, such as Florida and Texas, have failed to issue either requirements or recommendations for how farms should protect their workers.

On July 15, the Virginia Safety and Health Codes Board adopted an emergency temporary standard that, effective July 27, requires employers to protect all essential workers from COVID-19 through education, physical distancing, and workplace sanitation. Unlike guidelines in many other states, Virginia’s standards are enforceable. In a July 15 press release, Governor Northam explained that “workers should not have to sacrifice their health and safety to earn a living, especially during an ongoing global pandemic.” Farmworker Justice joined with several local groups to encourage Virginia to take this step and ensure that farmworkers’ safety remained a priority.

Update on Farmworker Health and Safety

Farming communities across the country are quickly becoming COVID-19 hotspots as many employers fail to protect their workers from the spread of the dangerous virus. The nature of farm work requires special efforts to limit the virus’s spread. Farmworkers must often labor near each other and share limited numbers of portable toilets and hand-washing facilities. Some workers move across the country following the crop season. They are often forced to sleep in crowded dormitories, share buses to and from the fields, and package produce in enclosed warehouses. And because many workers are in the United States on an H-2A visa, which prevents them from leaving dangerous jobs and finding new employment, they may be too fearful of deportation to complain when employers put them at risk. Although some in the industry have taken steps to protect workers, others have prioritized profits at the expense of worker safety. For example, 57 farms in New Jersey reportedly prohibited health workers from doing on-site testing of workers. The effects of this callousness are already being seen across the country, with many hospital ICUs in farming communities reaching capacity. Thanks to the efforts of advocacy groups, some states are starting to take action to ensure worker safety, as described above, and expand access to testing and health care, but much more is needed.

According to the CDC, farmworkers are twenty times more likely to die from heat-related illnesses, such as heat stroke, than workers in any other field. Increased temperatures from climate change threaten to make this danger even worse, with experts predicting that farmworkers will experience, on average, an additional 39 days of unsafe heat per year. Steps can be taken to mitigate the danger, such as requiring that employers provide shade, allow for regular rest and water breaks, and educate workers about the symptoms of heat stroke. But the agriculture industry has pushed back against proposed regulations, arguing that leaving conditions up to employers will be enough to protect workers. The experience of farmworkers, some of whom have died after working in the heat, proves otherwise. Some lawmakers are taking action, such as Representatives Judy Chu and Raul Grijalva, who introduced a bill last year that would require the Occupational Safety and Health Administration (OSHA) to issue federal standards protecting farmworkers from heat stress. Legislators in Florida have also introduced heat illness prevention bills to the state legislature.

FJ is excited to share our recently published health publications for advocates, legal services providers, clinicians, and workers. Our Medical-Legal Partnership Guide for Agricultural Worker-Serving Organizations is for legal services and health centers interested in developing or strengthening a medical-legal partnership (MLP). We share strategies and highlight farmworker-serving MLPs across the country. We also recently revised our Clinician’s Guide to the EPA’s Worker Protection Standard, which was jointly developed with Migrant Clinicians Network and includes the most recent WPS developments. Finally, we published a coloring book for farmworker families, “Cooking in the Colors of the Rainbow: Preventing Diabetes through Healthy Eating.” The coloring book aims to help children learn about the importance of healthy eating in a fun, engaging way. It’s available in English, Spanish, and Haitian Creole.