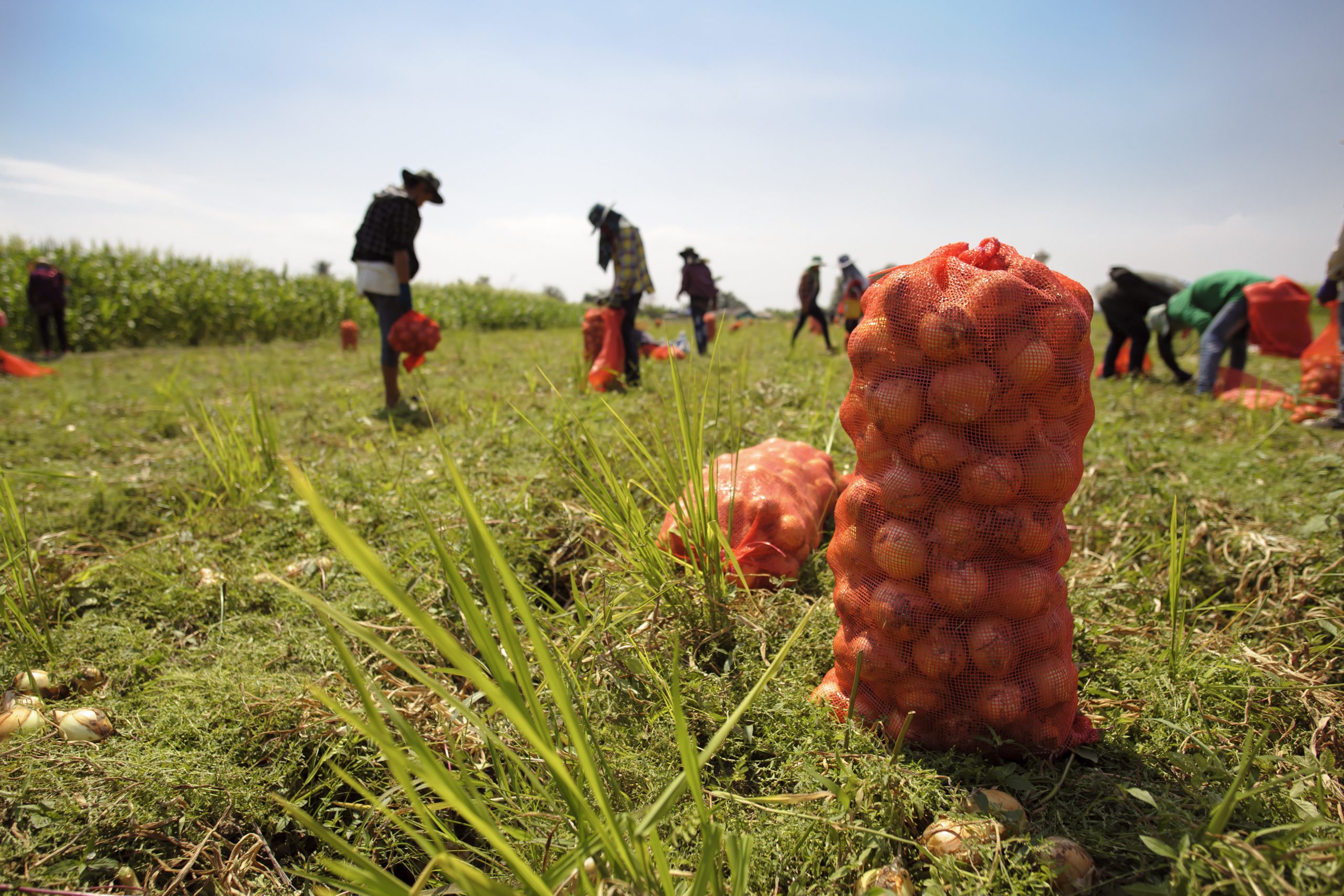 On February 8, Farmworker Justice, along with Colorado Legal Services, Towards Justice, and Project Protect Food Systems Workers, filed a complaint in Colorado state court against the Colorado Department of Labor and Employment (CDLE) to challenge the CDLE’s newly issued overtime regulations under the Colorado Administrative Procedure Act.

In the lawsuit, titled Rangel v. Polis, the groups note that the CDLE’s newly promulgated regulations ignore the Colorado legislature’s mandate under Senate Bill 21-087 (SB87) with respect to establishing equitable overtime regulations for farmworkers. Specifically, the plaintiffs assert the multiple exemptions to the already inequitable 60-hour workweek for farmworkers, including those applicable to seasonal employers and small farms, fail to comply with the statutory purpose of the act.  SB87 passed last year and extended overtime protections to agricultural workers. In particular, the lawsuit argues that the overtime regulations ignore the legislature’s objective of ensuring that CDLE consider the racist history and origins of the exclusion of farmworkers from many labor protections and the unique difficulties agricultural employees have in obtaining workplace conditions equal to those provided to other employees.

Farmworker Justice staff attorney, Trent Taylor, testified before the Wage Board on January 18 and submitted a written statement on behalf of Farmworker Justice in support of lowering the overtime threshold from 60 hours in a work week to 40 hours in a workweek.  Although the 10-year phase-in is longer than what advocates would have desired, Farmworker Justice believes the recommendation is a step in the right direction toward treating farmworkers on an equal basis with all other workers.

On February 8, a group of Republican members of Congress led by Rep. Maria Elvira Salazar (R-FL) announced a comprehensive immigration reform proposal called the Dignity Act. Among the many proposed changes to the Immigration and Nationality Act is the establishment of multiple paths to legal status and citizenship for undocumented immigrants, including a general path, a path for Dreamers, and a path specific to farmworkers. The general path, called the Dignity Program, is lengthy and has several onerous requirements. Undocumented individuals who have been present in the U.S. for more than 5 years would be able to apply for a temporary legal status and work authorization that would last for 10 years. Those granted this temporary Dignity status would be required to pay a total of $10,000 over 10 years and would not be eligible for public benefits. At the end of the 10 years, they would have the option of continuing in a temporary status, renewable every five years indefinitely, or entering an additional five-year program to become eligible for permanent residency.

Undocumented farmworkers who meet certain criteria would have a more abbreviated path.  Those who can show 180 days of agricultural work in the past two years would be eligible for Certified Agricultural Worker status, a renewable status lasting five and a half years. They could then apply for a green card after either eight years of CAW status. Those with ten years of previous agricultural work experience would be able to apply for a green card after four years of CAW status.  Dreamers, those who arrived in the U.S. as minors, would also be eligible for a more abbreviated path. Those who meet certain education and work requirements would be able to immediately apply for a conditional permanent resident status that would last for ten years.

The bill would also radically reshape the H-2A temporary agricultural worker visa.  It would eliminate the seasonality requirement, expanding the program to year-round agricultural positions like those in dairy.  It would also eliminate the existing wage protections of the Adverse Effect Wage Rate (AEWR) and prevailing wages. Instead, the bill sets H-2A wages at either 115% of the federal minimum wage or, if it is higher, the state or local minimum wage.  Finally, it would add new industries to the definition of agriculture for H-2A visas, including apple cider pressing on farms, aquaculture, the equine industry, forestry activities, conservation, and forest management, and wild fish and shellfish processors.

The bill currently has seven Republican co-sponsors and no Democratic co-sponsors.

As of January 22, 2022, the Department of Homeland Security (DHS) will require all individuals (including H-2A workers) to show proof of vaccination upon entry into the United States at a land border crossing.  Everyone who enters the country must have a vaccine approved or authorized for emergency use by the U.S. Food and Drug Administration (FDA) or listed for emergency use by the World Health Organization (WHO). The full list of approved or authorized vaccines is available here. The CanSino and Sputnik vaccines, which have been available for many individuals in Mexico, are not FDA- or WHO-approved.

Shortly after the vaccination requirement was announced, several members of Congress sent a letter to DHS expressing concerns about the impact of the requirement on the H-2A program and asking the U.S. government to assist with vaccinations in sending countries and upon entry into the U.S. DHS has not made any public response to these requests. If you hear reports from H-2A workers about the application of the vaccination requirement at the border or obstacles they encountered to accessing approved vaccines, please reach out to Andrew Walchuk (awalchuk@farmworkerjustice.org) or Alexis Guild (aguild@farmworkerjustice.org). Workers who have questions or concerns about where to get approved vaccinations may contact Una Voz Para la Salud for more information.

On January 31, 2022, Colorado’s Department of Labor and Employment issued final regulations on agricultural labor conditions. The regulations include several provisions to protect farmworkers from extreme heat. First, employers must provide at least 32 ounces of chilled, potable water per hour per employee and quality shade.  Employers must provide these protections to farmworkers when the temperature at a worksite is or is forecast to be at least 80 degrees Fahrenheit. Further, employers must account for increased risk conditions such as temperatures exceeding 95 degrees and unhealthy air quality.  Additionally, the employer must implement safety procedures, monitor and receive reports, and respond to possible heat illness or injury. Finally, employers must provide training to employees about heat stress if the temperature is reasonably expected to exceed 80 degrees at any point during the calendar year.  These training materials must be provided to any employee not fluent in English in the employee’s primary language, in written or verbal form.  The regulations will become effective on May 1, 2022.

Every five years, the National Young Farmers Coalition (NYFC) surveys young farmers and ranchers so that they can share their stories nationally.  NYFC is hoping to gather the voices of 10,000 young and Black, Indigenous, and other people of color (BIPOC) farmers this year. NYFC is also including farmworkers in the survey this year. The survey is available in both English and Spanish, and will inform NYFC’s policy recommendations for the  2023 Farm Bill. Here is a link to the survey. You can learn more about the survey here.

USDA AMS is seeking individuals with appropriate experience, knowledge, and background as Panel Chairs and Reviewers to objectively evaluate submitted Farm and Food Workers Relief Grant Program (FFWR) applications. This is a paid opportunity for non-federal employees. Your participation will ensure this much-needed pandemic relief reaches farmworkers across the nation. More details about the opportunity can be found here. If you are interested, please contact FFWRReview@grantreview.org by Monday, February 28, 2022 for more information regarding next steps. In your e-mail, include how you heard about this opportunity.